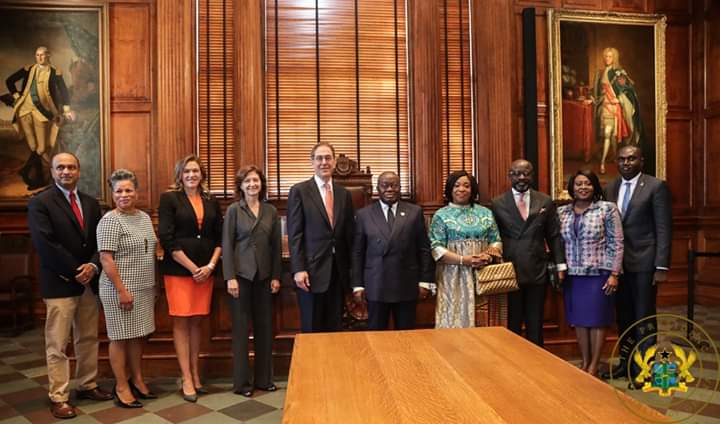 President of the Republic, Nana Addo Dankwa Akufo-Addo says African leaders and citizens of the continent, must work to make Africa attractive for the youth, enabling them to see the continent as a place of opportunities, and generate wealth and prosperity.

According to President Akufo-Addo, “the irony is that Africa should really not be in this conundrum. There are good reasons why we should be able to get ourselves out of the hole and onto the path of hope and prosperity.  Indeed, as the theme rightly states, the future is African, and properly so.”

Speaking at the Princeton University on Friday, 20th September, 2019, the President indicated that, firstly, Africa is endowed with tremendous natural resources that could form the base for processing industries and allied downstream manufacturing industries.

He added that “there can be no argument that, properly harnessed, and efficiently and honestly managed, there are abundant resources on the continent to finance Africa’s development.”

He said with Africa in possession of over half of the world’s uncultivated arable land, sustained investment in Africa’s agriculture, emphasizing the application of technology, especially digital technology, could yield enormous benefits for the African and global economies in the provision of food stuffs, and diversified, agro-based economic activities.

“Food security for the African peoples would be assured, and the billions currently spent on the importation of food would be freed to spend on other sectors like the serious deficit in infrastructure,” President Akufo-Addo said.

Also, Africa’s youthful and growing labour force is estimated by the United Nations to be, in 2050, about a quarter of the world’s population, and a third of the world’s youth population, i.e. between the ages of 15 to 24 years, will be in Africa.

“The empowerment of this young population, with access to education and skills training, would constitute a very powerful tool for economic development in Africa and the world,” the President said. 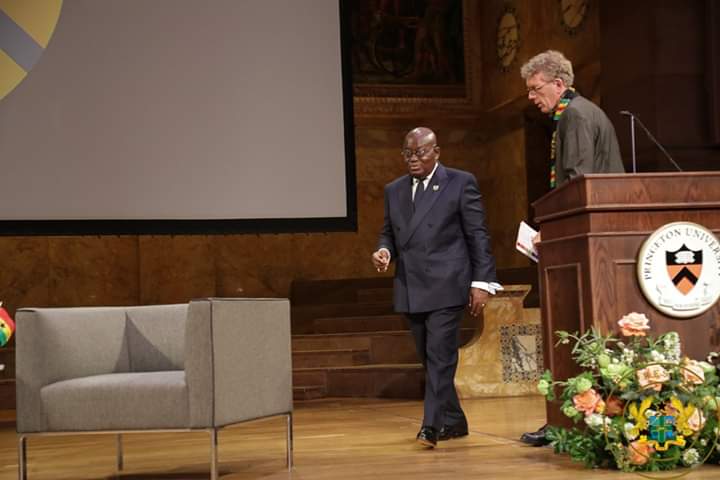 And, as a result of growing industrialisation and the emerging structural transformation of African economies, he explained that African countries are becoming more involved in the high-end of the global value chain, trading in both final and intermediate manufacturing products. Under these assumptions, by 2030, we could be talking of an African export market of some 3 trillion US dollars!

“You don’t need to be an optimist to acknowledge that Africa is where there is room for growth and the future is, indeed, African,” he added.

With the coming into force of the African Continental Free Trade Area, which will all the 54 markets, covering 1.2 billion people, into a single market, it will be the world’s largest free trade area since the formation of the World Trade Organisation (WTO).

“The Continental Free Trade Area will provide the vehicle for us to trade among ourselves in a more modern and sophisticated manner; it will offer a huge opportunity to exploit the abundant wealth and resources of our great continent for the benefit of all our people; and it would give us protection in how to deal with other trading blocks,” he said.

President Akufo-Addo continued, “I must add that it is a matter of great pride for us that Ghana has been selected by her peers to play host to the Secretariat of the AfCFTA, the first time in our nation’s history we have been given the privilege and responsibility of hosting an important pan-African institution.”

For this free trade area to be viable, he added that there must be peace and stability on the continent.

“For a continent, hitherto, plagued by conflict, we have resolved to end all wars by 2020, and silence the guns. This is an ambitious target, but we are determined to employ all means to realise it. Nothing undermines the possibilities of our continent more than being known as unstable, and, unfortunately, our politics has been the main source of the spark for instability,” he said.

Nonetheless, the President was confident that Africa, in possession of the requisite manpower, resources, and the political will, will work.

“It is time to translate the vision we have for the continent into prosperity. It is time to make the project of continental unification and integration real, and construct the progressive and developed Africa, which has been the perennial dream of Pan-Africanists through the ages,” he added.