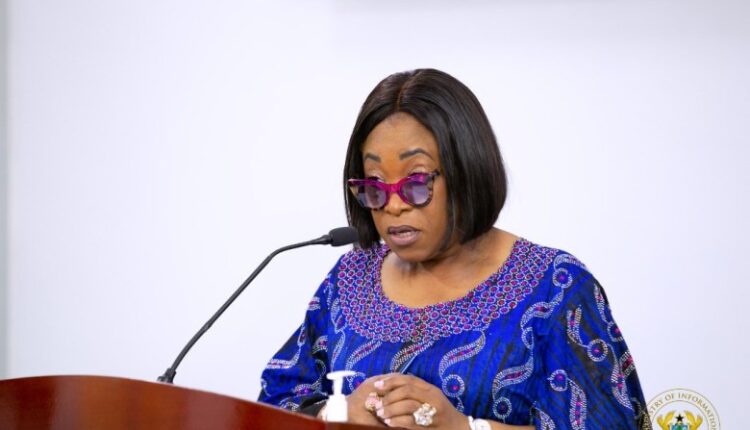 The Minister for Foreign Affairs and Regional Integration, Shirley Ayorkor Botchwey, has said it is “almost impossible” for the government to procure Sputnik V vaccines directly from the source in Russia.

According to her, several attempts at the ministerial and presidential levels to procure COVID-19 vaccines in Russia, India and China, have become extremely difficult.

She explained that her ministry was involved in the initial stage of the procurement exercise and could therefore attest that direct purchase of the vaccines was difficult, even with cash in hand.

She underscored that Ghana’s relationship with Russia was “excellent,” adding, “we have no problems whatsoever with Russia.”

The minister quickly pointed out that the cordial relationship between Ghana and Russia has not yielded the expected outcome concerning the purchase of COVID-19 vaccines.

“Is difficult, extremely so, even if you have money to procure vaccine from the source. It is almost impossible,” she said.

Her comments come on the back of recent outrage by the Minority in Parliament, health experts and some policy think tanks, particularly over the purchase of Sputnik V vaccines from intermediaries.

The Ministry of Health (MoH) had explained that they got an offer from the private office of Sheikh Ahmed Dalmook Al Maktoum of the United Arab Emirates (UAE) for the supply of a total quantity of 3.4 million doses of Sputnik V vaccines, at a unit cost of US$19.

Experts have raised concerns because in March this year, Russian developers of the Sputnik V vaccine conducted a trial in Ghana.

Three other countries, including Russia, participated in that trial.

It has, therefore, been argued that Ghana could leverage that relationship to get the vaccines from a direct source, but that has not been the case.

“It has not been easy at all, not just Ghana, but any of our countries, and not just for Africa, but also countries around the world,” she bemoaned.

However, she assured the public that vaccines would be procured soon to continue the country’s vaccination exercise.

For her, it was a shame that Africa has a population exceeding one billion bit only 15million doses of vaccines had been made available to the entire continent.

On the same issue of assurance, the Presidential Advisor on Health, Dr Anthony Nsiah Asare, disclosed that there would be more vaccines in the country by the close of the third quarter of this year.

He also hinted that the country would soon start producing COVID-19 vaccines, as the Presidential Committee tasked to do so has made significant progress in that effort.

It would be recalled that the European Union (EU) shortlisted Ghana as a possible candidate to lead the COVID-19 vaccine manufacturing in Africa.

This was after a meeting between President Akufo-Addo and the Vice President of the European Commission, Valdis Dombrovskis, where the European bloc identified “Ghana as a possible manufacturing hub for COVID-19 vaccines in Africa.”

During deliberations on May 19 and May 20 as part of President Akufo-Addo’s working visit to Belgium, the EU identified initiatives already taken by the government as a stepping-stone for the realisation of domestic vaccine production.

Director of Communications at the Office of the President, Mr Eugene Arhin, announced the development in a press release on Friday, May 21.

The task force teams from the EU and Ghana will meet shortly to discuss modalities for implementation with possible funding from the European Investment Bank (EIB).

Presently, Africa depends on foreign countries and imports more than 99% of its vaccines and therapies.

Already, about three local firms have submitted plans to the government for the development of vaccines.

The Minister of Health, Kwaku Agyeman-Manu, did not disclose the names of these companies when he said last month.

However, he indicated that the companies have factories ready to begin operations once they get approval from the government.

In his 24th address to the nation on measures taken to curtail the spread of Coronavirus in Ghana, President Akufo-Addo announced the constitution of a committee to prepare the country for local production of vaccines, especially COVID-vaccines.

The committee is expected to formulate a concrete plan of action towards vaccine development and manufacturing in the country.