The government has responded to the #FixGhanaNow campaign by announcing interventions to be implemented following days of protests.

Finance Minister Ken Ofori-Atta has listed five areas to be tackled as he called on Ghanaians to assist the government in fixing the country’s problems.

The protesters hold the view that President Akufo-Addo and his appointees have failed in addressing the needs of Ghanaians.

But Mr Ofori-Atta said he has met with the conveners to understand and explore collective solutions to the issues raised.

Alluding to comments by President Akufo-Addo after he was elected to office to fix what is broken, the Finance Minister stressed that “the government and I are determined to do just that. We commit to working with fellow Ghanaians to do just that”. 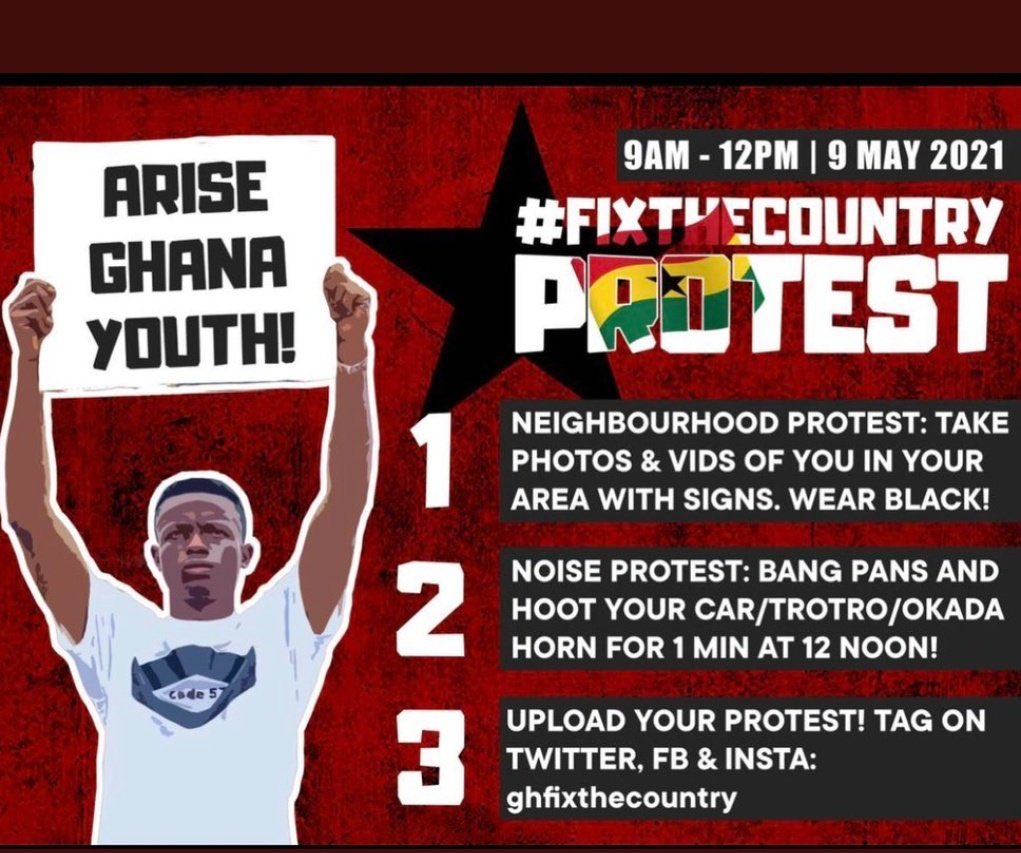 “In the coming days, we will move swiftly to address some of the issues that the hashtag fix the economy have raised,” he said at a press briefing on Sunday, May 9.

He said he was working with the Minister of Water and Sanitation to immediately ensure potable water to areas with felt need, especially in the most urban areas.

The Finance Minister revealed that he was working with the Ministers of Roads and Highways, Transport, and Interior to address congestion along the major highways.

According to him, the government was fast-tracking the implementation of the US$200million Jobs and Skills Programme to enhance job creation significantly.

This intervention is designed to facilitate new and expanded private sector businesses to employ a lot more people.

“This we believe is a more sustainable way to rebuild this economy instead of expanding Government employment schemes,” he explained.

He said from May, the government is expected to roll out over eight additional interventions under the Ghana CARES “Obataanpa” programme.

These will be in the Health, Agriculture, Tourism, Trade, Digitization, Science and technology, Housing and financial services.

By the end of July, they hope to establish a new Development Bank capitalized at over $500m to provide long-term wholesale financing to the private sector through Commercial banks.

This is aimed at supporting SMEs to create jobs for the youth.

He acknowledged that the people of Ghana had given the government a mandate to get things done.

“For us as a government, this is a clarion call for a national conversation on the shared burden to renew the social contract of our democracy.  At its minimum, we should ensure social justice and social mobility for most Ghanaians.

“At our best, we should open for all Ghanaians an economic system under which each citizen shall be guaranteed the opportunity to show the best in him or her”.

He pledged his commitment “to work to fix those structures that will set Ghana on this path”.

“So let us Rise Up and Build together #Letsfixthistogether,” he concluded.

A group of unhappy Ghanaians had served notice of a planned demonstration against economic hardships on May 9.

Attention !!!! This is how things will go tomorrow!!! We disassociate ourselves from anything we have not stated in the release. Thank you
For Ghana🇬🇭🙏🏻
.
.
.
#Ghana #youth #fixthecountry @ Accra, Ghana

Posted by Ghfixthecountry on Saturday, May 8, 2021

This was after the #Fixthecountrynow protests, which began on social media.

However, the police obtained a court order to stop the demonstration citing COVID-19 restrictions.

On the scheduled day of the demonstration, convenors entreated disgruntled youth to vent their anger on social media. Police dispatched about 20 crowd control vehicles to the Independence Square, where protesters were scheduled to converge.

Twitter, Facebook and other social media platforms have been flooded with images and videos of disgruntled people calling on the government to act.

The new #FixMotherGhana chosen to reflect the commemoration of Mother’s Day and to draw the attention of societal problems was trending and had more than 123, 000 tweets by the time the Finance Minister finished addressing the press conference.

What sparked the protests?

Social media users poured out on Twitter to vent their frustrations after the announcement of price hikes in fuel and telecommunication services.

The price increase happened at a time of frequent power cuts with an expected power rationing in the following days.

Pictures of peaceful protest going on social media, create yours and post it with a tag .. we will repost 💪🔥🔥 .
.
. #ghana #youth #fixthecountry @ Accra, Ghana

The street will wake up 🇬🇭🇬🇭💪💪❤️❤️ for the youth @ Accra, Ghana

Unemployment in Ghana is a national security crisis. We have only ONE Ghana. Create an enabling environment for young…

This government will definitely fix it. They have the listening ears. #FixMotherGhana#WeAreAngry#fixitnow#TreatHerRight#fixthecountry#FixMotherGhana
“Matilda Asare” @gyaigyimii pic.twitter.com/e294G4PjHE