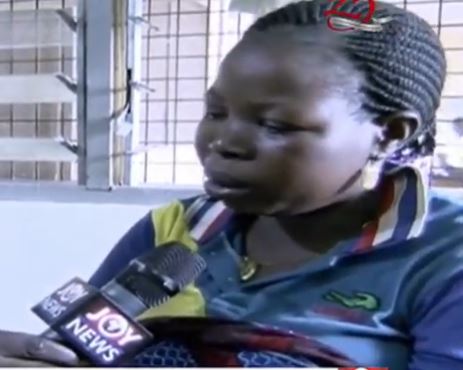 A pregnant woman among the six survivors of the Monday dawn carnage on the Kintampo road says, the driver of the Yutong bus was sleeping.

The two buses–a Yutong and a 207 Benz bus–collided head-on at about 4 am, leaving over 30 people dead.

In an interview with Joy News, monitored by theghanareport.com, the pregnant woman said she was on the Yutong bus bound for Bawku.

“I was in the Yutong bus, I was sitting behind the driver’s seat, our driver was sleeping. That is why he veered off our lane into that of the 207,” she spoke in Twi.

She was grateful her pregnancy was still intact, but unfortunately, she lost a 12-year-old girl she was travelling with.

“I had visited my father’s house, and they gave me a young girl to be helping around in the house since I have a toddler at home, but unfortunately, I lost her,” she said amidst tears.

All six victims have been treated and discharged