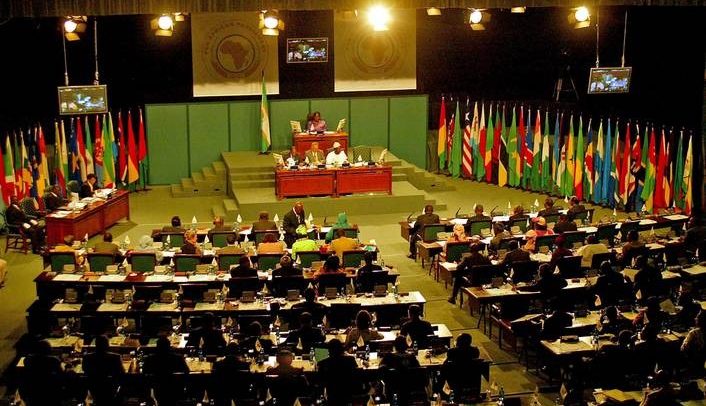 The Pan-African Parliament (PAP) on Wednesday held a successful election which saw the Zimbabwean Member of Parliament (MP), Fortune Charumbira, winning the one-horse race to become the President of the continent’s legislative assembly.

Voting at the PAP to elect President was disrupted last year after the session descended into a farce with some members fighting and threatening to kill each other.

The 235-member parliament was electing the next President when the ugly incident happened, with southern African delegates insisting that their candidate should be chosen to end the dominance of other regions.

The legislative arm of the African Union sat for an ordinary session at its headquarters in Midrand since the start of the week and Wednesday’s proceeding saw more than 200 delegates voting for the parliament’s bureau, including the president and two vice presidents.

The Annoh-Dompreh’s ad hoc committee, which was assisted in its deliberations by the Secretariat of the PAP, the AUC Officials and the Office of the Legal Counsel, was praised for the successful conduct of the election which produced Mr. Charumbira after 161 votes out of 203 ballots went into his favor.

Announcing the results of the election, Mr. Annoh-Dompreh indicated among other things that by Rule16 (3) of the Rules of Procedure, the Committee agreed to assist the Legal Counsel in organizing and presiding over the election of the President of the Pan African Parliament.

Charumbira’s bid for the presidency at the Pan African Parliament appeared to have been seamless after getting the backing of the southern and northern regions, and he is the first delegate from the southern bloc to take up the top seat.

He was elected unopposed as Malawian candidate Yeremiah Chihana’s nomination was canceled because it was not following the AU’s protocol.