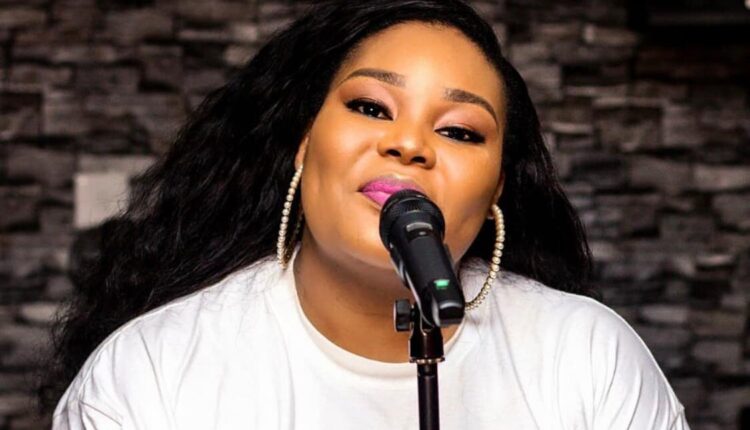 Gospel Musician, Cece Twum, is not ready to join her husband behind the pulpit.

The singer, who is married to Rev. Alex Twum, admitted the difficulties in pastoring a church, hence her unreadiness to head one.

“It is not easy to be ordained as a pastor. It is not a joke, neither is it a child’s play,” She remarked.

” I always tell my husband that I am not prepared to be a pastor, and his response would always be when the time comes, you will have no option than to accept”.

The mother-of-three prefers preaching through songs.

“My calling is to preach through songs. I have not been called to wear a clerical robe and preach, and  I am not ready to go to a bible school to become a pastor,” she added. “Without the calling, you cannot be a pastor” .

In an interview with Rainbow Radio monitored by The Ghana Report, the ‘W’ay3 Awie’ hitmaker said she has always admired the pastoral work but did not think she could do it.

Ceccy Twum released her first album Me Gyefo ne Yesu in 2005, which brought her into the limelight. She has collaborated and performed on major platforms with several gospel musicians, including Mercy Chinwo, Joe Mettle, Ohemaa Mercy, MOG Music, Joyce Blessing, Nathaniel Bassey, Sinach, Frank Edwards, Empress Gifty . Ceccy has many hits songs, including Victory, Di Wo Hene, Your Grace, Amen.

In 2018 her major hit single Jehovah earned her a nomination at the Vodafone Ghana Music Awards as the Gospel Song of the Year. She was also nominated for Artiste Of Excellence West Africa at the African Music And Media Awards.

Ceccy hosts an annual Gospel event titled Gold Worship which gathers believers from all walks of life to worship together.

Ceccy was born to the family of Mr and Mrs Andoh in Accra, Ghana. She started her primary school education at the Don Bosco Catholic Primary and Junior high in Winneba and proceeded to Snapps College for her senior high education in Accra.

‘It feels great to be celebrated while alive’ – Kanayo O Kanayo