The Ghana Police Service has warned the public against an intended solidarity march against the US in Ghana over the killing of George Floyd.

According to the police, organisers of the planned demonstration have not notified them of their intentions to hold any such activity on Tuesday, June 2, 2020.

“The command wishes to state that it has not been notified of any demonstration,” a statement signed by the Accra Regional Head of Public Affairs, DSP Effia Tenge said.

It further stated that the ban on social gathering due to the coronavirus outbreak was still in force, hence, “the public is being advised to disregard the open call for a march”. 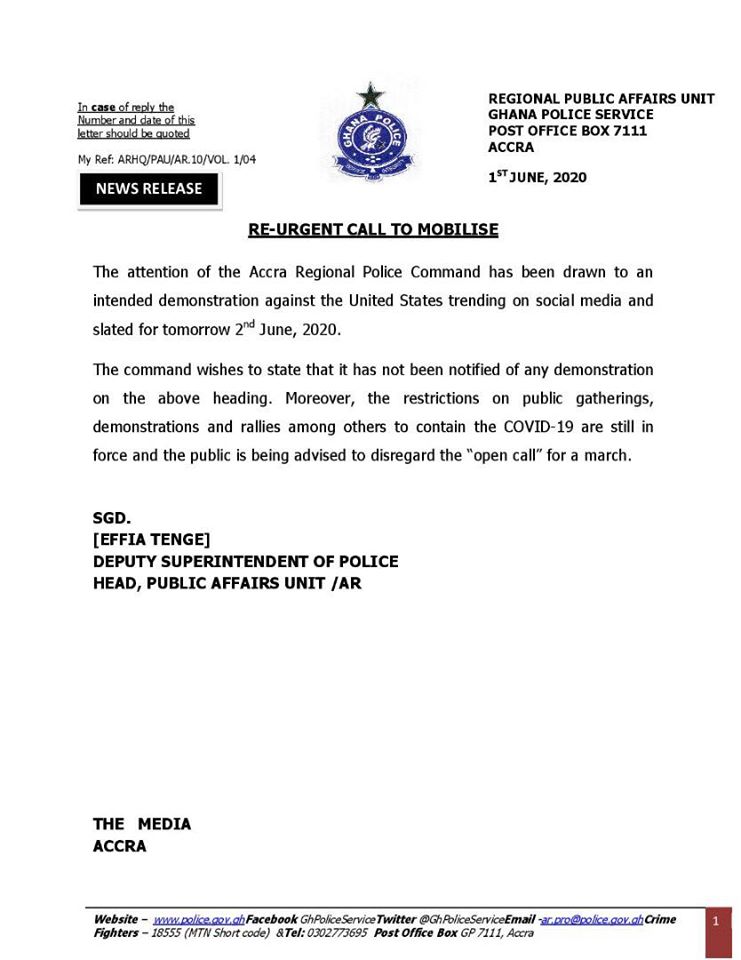 On May 25, 2020, George Floyd, an African-American man, died in Minneapolis, Minnesota in the US after Derek Chauvin, a white American Minneapolis police officer handcuffed him lying face down on a city street during an arrest, kept his knee on the right side of Floyd’s neck for 8 minutes and 46 seconds; according to the criminal complaint against Chauvin.

His death has since sparked a wave of demonstrations and protests across the US and other countries, including Ghana.

On June 1, the Diaspora Coalition, a group of diasporans in Ghana, went on a peaceful protest march  to the United States Embassy in Accra to deliver both verbal and written condemnation of the rampant police brutality of people of African descent in America, the most recent being the murder of George Flyod .