The Director-General of the National Disaster Management Organization (NADMO), Eric Nana Agyeman Prempeh, has warned the public to brace themselves for more rains in the coming days.

He said water will always find its way, which could be destructive, so people should remove all structures on waterways to allow free flow.

In the past weeks, continuous rains have caused havoc in different parts of the country, with several properties getting destroyed and hundreds of people displaced.

“There are going to be more rains in the coming days, so let us all be mindful of our activities in this season,” he said while visiting flood-affected areas in the Central Region after a spillover on Saturday, 18 June 2022.

More than 100 houses in the Komenda Edina Eguafo Abirem Municipality, including the Ankaful Camp Prison, were submerged after some rivers overflowed their banks.

Nana Agyeman Prempeh visited Abaye, Simiw, Nkotoado, and adjoining communities in the Komenda-Edina-Eguafo-Abbrem (KEEA) municipality, as well as Ankaful, where 77 officers have been displaced and one dead. 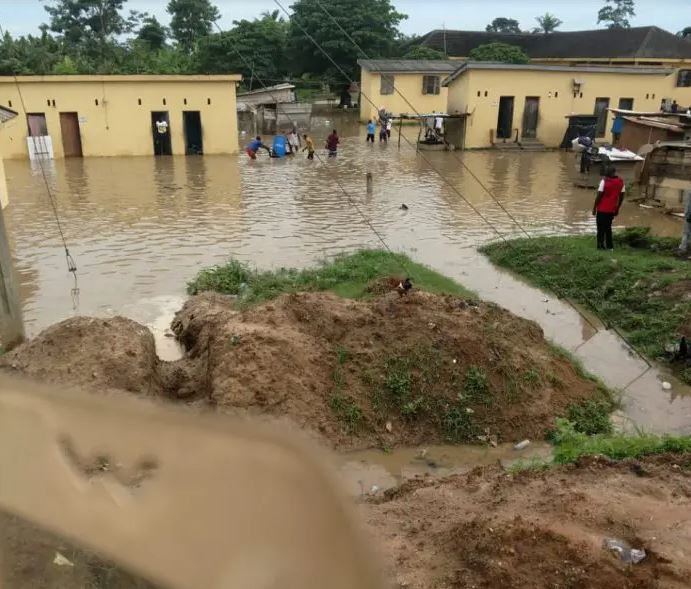 He assured of his outfit’s commitment to collecting data for swift action.

“Relief items have been dispatched to support victims as preliminary measures,” he added.

At Jukwa, a greater portion of the bridge linking Cape Coast and Twifo Praso was washed away.

The road was split into two when a section completely caved in, rendering the route inaccessible for motorists.

Drivers are advised to drive cautiously in order to avoid any disaster.

Other causes of floods are the improper planning of settlement in Accra, choked gutters that block the drainage system and a few other human factors.