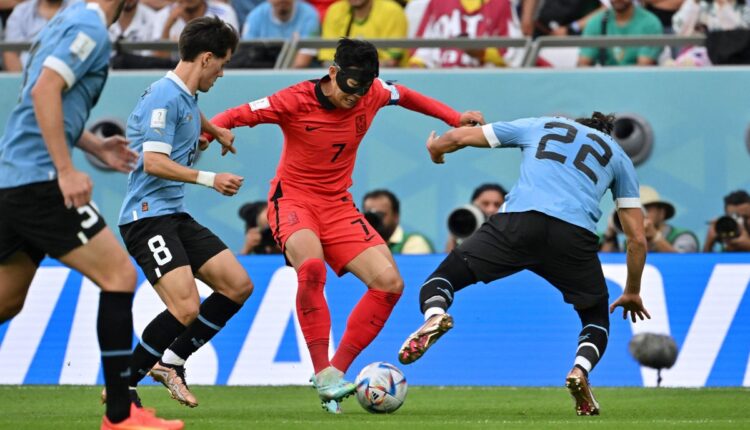 The star-studded Uruguayan team is capable of doing anything on a good day. Their quality emitted the sparks in the first Group H match but hard luck and spanners in their project by ubiquitous South Korea ensured that their game ended without goals. This is Qatar 2022 World Cup and to this result, Group H is thrown wide open for all contenders.

Though Uruguay was a fine side, it also proved robust, rough, and rugged, and at times exuded the unorthodox method, all in the name of gaining the upper hand. They were disordered by the South Koreans who had no big names but knitted very well as a team in their ability to fight back and threaten the revered opponents.

Uruguay was denied by misfortune as some attempts at goal failed by inches. The hair-raising misses included twice hitting the post, and indeed the misses were within whiskers. This match could be a dress rehearsal for the former World Champions who are expected to warm majestically into the tournament when Calvani, Valverde, and Luis Suarez hit their peak. Suarez was replaced in this game but the trenchant trio could open fire on the side that is most unlucky.

The Asians did well by swarming the midfield where the Uruguayans have the greatest mobility. Another plot against this deadly side was possessive football employed by the Koreans, especially when Uruguay got busy in the dying minutes of the game, aimed at snatching the winner. The technique provided the grit to slow down the pace at goal and that allowed the defense to reorganize to neutralize onslaughts.

Those in the line of fire subsequently may have to note the aerial prowess of the Uruguay team, including its ability to make hard runs and float crosses for connection by the attackers. Something extraordinary may have to kill this huge animal, irrespective of its unexpectedly slow start.