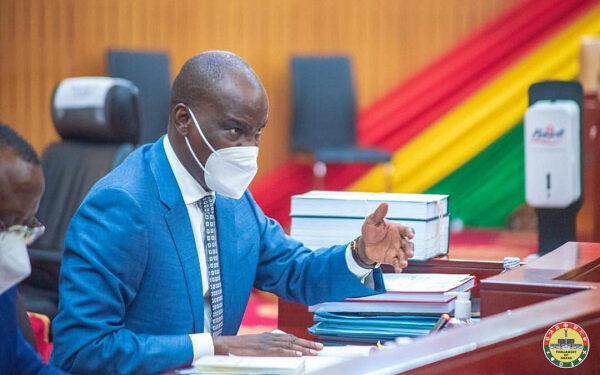 According to him, the charges of causing financial loss to the state over the Saglemi Housing project is only intended to persecute and harass the accused persons.

“Interesting times in Ghana even when the courts are supposed to be on legal vacation, and it’s instructive that they are being charged. What is the hurry? What is the desperation that he has willfully caused financial loss to the state?

“I believe these are frivolous charges intended to politically persecute and politically harass them. As I said, we don’t think these charges can stand the test of law,” he said this after Mr Dauda and others appeared before an Accra High Court for the first time since news of their offences went viral in July.

The Tamale South MP and Asawase MP Mohammed Mubarak Muntaka were in court on Thursday, August 5, 2021, to support their colleague.

The Minority Leader further alleged that there was evidence to suggest that payments were still made to the same contractor under the current administration.

“Payments were still made to the same contractor on May 31, 2018, yet persons who made those payments are not being charged, so it can only be a matter of selective justice. And if it is, selective justice is discriminatory and an affront to Article 17 of the 1992 constitution,” he added.

A former Minister of Water Resources, Works and Housing Alhaji Collins Dauda and four others have been dragged to court for causing financial loss to the state over the Saglemi Affordable Housing project.

OAS Ghana Limited was the company that executed the project, and RMA was the Engineering, Procurement and Construction (EPC) consultancy subcontractor.

The accused persons have all pleaded not guilty and are currently on bail. The case continues on October 13, 2021.

Watch the full video of the Minority Leader engaging the media after court proceedings.