Security expert, Prof. Kwesi Anning, has faulted security services for its ‘slow response’ to a secessionist group which had planned disturbances in the Volta Region.

According to Prof. Anning, the state security apparatus had intelligence on the potential skirmishes 36 hours before it happened.

He said a wire message to that effect was sent to the police on September 23 and therefore found the ‘slow response’ worrying.

He described as weak and belated the state’s reaction to the incident in which major routes to the Volta Region was blocked by members of the Western Togoland secessionist group, while two police stations were raided with the armoury of the Aveyime Police Station looted.

“The concerns about the response is that although the intelligence was available, the decision was horribly slow. The attacks took place 36 hours after intelligence was shared. The gaps and the failures are way too glaring,” he said on Joy FM’s news analysis programme, News file. 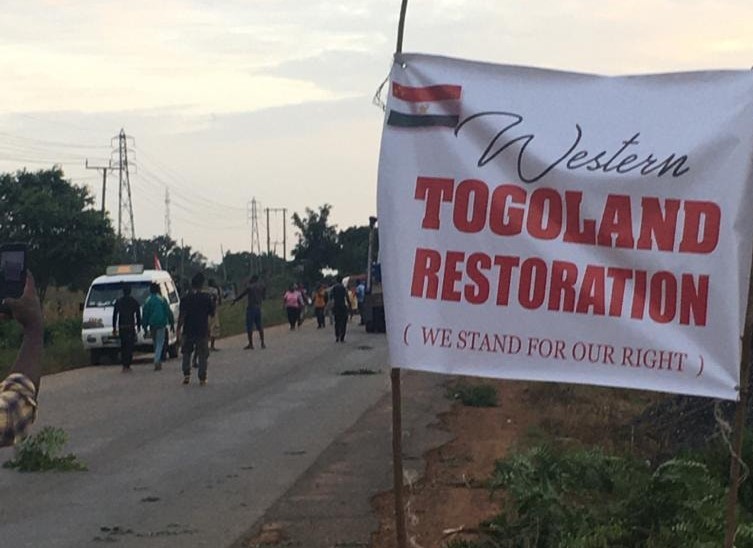 Hundreds of commuters on roads leading to the Volta and Oti regions, including Kpong-Akosombo, Juapong-Ho, Ho-Mepe, Sogakope-Accra were stranded in the early hours of Friday.

The secessionist, said to belong to the Western Togoland Restoration group, blocked some of the roads with sand and set tyres ablaze while seizing the mobile phones of travellers who dared take shots of their activities.

They also overrun the Mepe and Aveyime police stations, released suspects in custody and locked up some police officers in the place of the suspects and also broke into the armoury of the Aveyime Police Station and made away with 10 AK 47s.

A joint team of the police and military were deployed in response. One person was shot dead while three others sustained injuries after the exchange of gunfire in the Sogakope area.

The police and military also claimed that they foiled attempts to burn down the Ho Central market and other key state installations in the region.

At least 31 suspects were arrested and flown to Accra where they are being interrogated.

But Prof Anning, who is also is the Director, Faculty of Academic Affairs & Research, Kofi Annan International Peacekeeping Training Centre, noted that the state’s tortoise pace could be seen as a victory for the secessionist and not a failure as the government sought to portray.

In the past, the Homeland Study Group Foundation (HSGF), a separatist group had announced a breakaway of parts of the Volta Region, Oti Region, Northern Region and Upper East as an independent state called Western Togoland.

Scores of people have been arrested since 2017 with the leader of another group leading the quest for independence Charles Kudzordzi, alias Papavi, arrested and later released while charges against him were dropped.

On August 24, members of one of three groups leading the quest for independence for the area held an open meeting where their leaders rambled about how people from the Volta Region were discriminated against and their nationality questioned.

Prof Anning questioned how a whole month after the meeting, no arrested was made.

“It creates a disturbing picture of the country’s intelligence failure.

“This was not a hidden meeting. We don’t know which town it is. If it deed happened in Ghana, and it was a public meeting, and it was not reported, so that preventive action could be taken. And then a month later, this monumental failure of intelligence happens, then it is more disturbing,” he said.

He said the incident was the most successful first attack by a secessionist group against a sovereign state in West Africa and the Sahel Sahara because “we need to look at the geographic expanse of the attack. From Juapong to Sogakope to all the towns that have been mentioned, these are not small towns. So where were the police, national security and the BNI.”

“The state response to what happened has been very incoherent so far.  The weak response and the attempts to cover tracks and by saying this was a failure [for the group]. This was not a failure at all. The significance of what has taken place and the way it would be interpreted by those across the borders.

“Let’s not forget when it started in Burkina Faso, it was very small. Now, it has taken over 85% of the country. Cote d’Ivoire is going to a very dangerous election next month. Togo’s post-election is very unstable. What has happened needs to be looked at very carefully, very methodically and not knee jerk reactions,” he said.

He urged the state not to be dismissive or hard-handed but rather constructively engage the secessionist since there were historical antecedents to their demands.

But the Deputy Minister of Local Government and Rural Development, O.B. Amoah and the National Communications Officer of the National Democratic Congress, Sammy Gyamfi, unanimously disagreed with the security expert.

They insisted that secessionists had no case and should be dealt with decisively to serve as a deterrent to others.