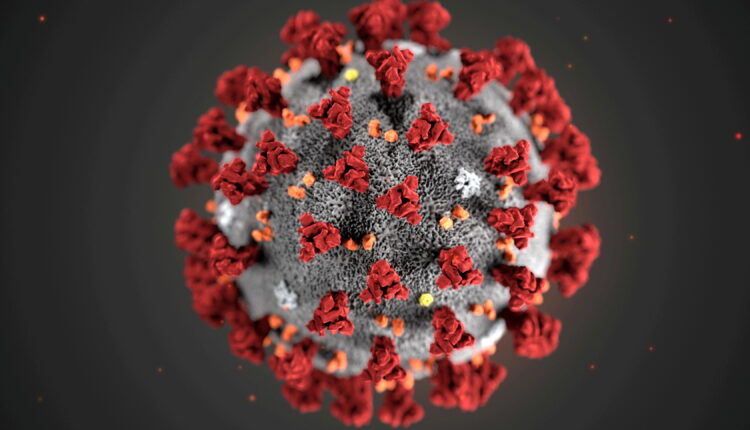 SPECIAL REPORT: What is the ‘deadly’ Delta COVID variant that has been found in Ghana?

In late December of 2020, researchers in India found that the virus technically named SARS-CoV-2 and popularly referred to as COVID-19 had mutated its gene or DNA coding.

Viruses are living organisms. They replicate themselves and adjust to external pressures that threaten their existence. All living things have defensive mechanisms they adopt in order to stall their extinction.

The coronavirus as was detected in Wuhan, China in 2019 has adjusted to vaccines and other anti-viral techniques employed by human beings. According to the United States’ Center for Disease Control and Prevention, there are now four known variants or adjustments of the COVID-19 virus.

For easy public memory, the variants have been named according to Greek alphabets. The first, Alpha, technically known as the B.1.1.7., was discovered in 2020 in the United Kingdom.

The West African Centre for Cell Biology of Infectious Pathogens (WACCBIP) at the University of Ghana, Legon, is the foremost research establishment for detecting the kinds of COVID-19 the Ghanaian health authorities and the public need to contend with.

In December last year, the WACCBIP found out that the Alpha variant was in the country. By January of 2021, the chief director at WACCBIP, Gordon Awandare was sounding the clarion call that “sequencing data shows clearly that B.1.1.7 (first reported in the UK) is now the predominant strain driving local transmission in Ghana”.

Indeed, in Accra and Takoradi, between January and February of this year, nine out of ten cases of COVID-19 that were sequenced were of the Alpha variant. As of July 1 this year, Alpha is still the dominant variant sequenced in Ghana.

Sequencing or genome sequencing is the process of determining the gene structure of a living organism at any given time. Sequencing is based on the idea that organisms evolve or mutate with time and according to external conditions.

Apart from the Alpha, there is also the Beta variant, the mutation of COVID-19 that was found in South Africa, also in 2020. This was also first detected in Ghana at the beginning of the second quarter of 2021.

In January 2021, a group of travellers from Brazil landed in Japan. After they were quarantined and tested, another strain of the COVID-19 was found and it was named P.1 or the Gamma variant.

However, according to researchers in Ghana, particularly at the private research firm Yemaachi Biotech, Ghana has not determined the Gamma variant yet. We are not particularly sure how the country has survived this particular spread that is now recognisable in nearly 20 countries.

Indian authorities confirmed in December of 2020 what came to be called the B.1.617.2 strain of the SARS-CoV-2 that was found in Wuhan. It is now known to have reached nearly 100 countries.

For a few months, this new strain was known as the “Indian variant” in international news reports. It took a campaign by the Indian state as well as professionals who had discouraged the adjectivisation of COVID strains with countries, people and territories.

One can recall the international outrage that greeted US President Donald Trump’s insistence on calling COVID-19 the “China Virus”. Critics noted that this incited racist and xenophobic sentiments against Chinese and Asian people at large.

What would have been called the “British variant”, the “South African” variant and the “Brazilian variant” are now known by different nomenclatures.

Even though the US’s CDC advised that fully vaccinated people can go about normal activities without wearing masks, the WHO issued a statement on June 25 to the contrary. According to the statement, the knowledge limitations we have about the evolution of COVID-19 necessitate the maintenance of safety measures such as wearing masks, social distancing and using sanitisers.

One can see this warning by the WHO in light of the dangers posed by the Delta variant. The WHO continues to urge that altering human behaviour, i.e. willingness to be vaccinated, wear masks and socially distance, is still the best bet we have.

So what is it about this variant that the WHO finds it necessary to continue to warn that we stick to the basics?

Every variant of COVID-19 appears to be a “stronger” version than the last variant. The Delta variant is the most easily transmissible version of COVID-19. This was determined by both Public Health England (PHE) and the WHO in May of this year.

This transmission rate could potentially hurt the victories humanity is chalking against COVID-19.

Already, it has been predicted that this new variant will make up the biggest portion of the cases recorded across the world. Currently, one in every five new cases in the United States is of the Delta Variant.

In Israel, 70% of new cases are of the variant. It is just about the same in the UK, according to the BBC and in Uganda, according to The New York Times.

But the Delta variant’s strengths do not lie only in its transmission rate. It is more likely to kill those who are vaccinated, as well.

In June, Singapore’s National Centre for Infectious Diseases posited that the Delta variant is more likely to leave those it affects with severe pneumonia and the need for oxygen on admission at hospitals.

India’s second wave, which has claimed tens of thousands of lives has been attributed in large part to the Delta variant, too.

Firstly, no vaccine is absolutely effective against any variant of COVID-19. What vaccines do is that they prepare your immune system for when the virus attacks by literally teaching your system how to fight the genomic characteristics of the virus.

Various vaccines have varying rates of how they prepare you for COVID-19. The WHO recommends that a vaccine can still be employed if it has just a 50% rate of efficacy. Usually, the bar is higher but the reason it is set this low is that the organisation realised the emergency requirements of a pandemic.

Medical journal The Lancet reported that AstraZeneca, the most popular vaccine in use in Ghana, is 60% effective against the Delta variant in preventing severe illness.

Pfizer’s efficacy was measured at 80% for preventing illnesses by the Delta variant however, as of July 5, it is being reported that this rate has declined to 64% in Israel with the growth in the rate of Delta variant infections.

Ghana reported its first six cases of the Delta variant on June 22. These cases were among samples taken at the Kotoka International Airport (KIA) at the end of April, according to Dr. Yaw Bediako, CEO at Yemaachi Biotech.

The time difference between sampling and confirmation of the strain clearly presented a problem. As experts all over the world have warned, countries tend to play catch-up when it comes to viral epidemiology.

This is simply the fact that infections spread faster than testings can confirm. Dr. Bediako insinuated in an interview on Joy News TV that there is reason to believe that there was already a community spread of the Delta variant in Ghana.

Public health workers and officials dread the community spread of COVID-19 for a very good reason. It becomes harder to identify and quarantine persons of interest through contact tracing. But when it comes to the Delta variant the dangers are even much scarier given what we have come to know from other jurisdictions.

However, testing in Ghana leaves much to be desired by experts such as Dr. John Amuasi of the Global Health Department, School of Public Health, Kwame Nkrumah University of Science and Technology (KNUST).

Ghanaians are not willingly testing for COVID-19 even as the regime of restrictions continues to be relaxed, neglected and/or flouted. The public continues to live its life as though a pandemic is not with us, Dr. Amuasi complained in a recent TV interview.

This laxity on the parts of the public and officials has also contributed to the “alarmingly low” rate of vaccination, according to Dr. Amuasi, although the struggles of the government to secure vaccines seem to be another major impediment to this process too.

Ghana has neither the logistics nor the system to cognise in real-time or as quickly as necessary, COVID-19 variants and infection rates. For instance, according to Dr. Bediako at Yemaachi, “[s]equencing is not cheap. 100 samples cost 10k dollars”, and thus very few are done, and far between in Ghana.

Add this to the facts that people are not wearing masks and socially distancing and what we have is a recipe for disaster. People are more likely to be hospitalised for the Delta variant if they are not vaccinated. Oxygen masks continue to be infamously in short supply in the country.

On July 4, the Ghana Health Service (GHS) reported that the country recorded its first instance of a community spread of the Delta variant on July 1. Since then, we know 135 cases, many of these coming from the Achimota School.

Dr. Bediako and others have blamed Ghana’s community spread on the failure or unwillingness of the powers that be to enforce restrictions. Currently, the only thing individuals of the public can do is simply take their safety into their own hands.