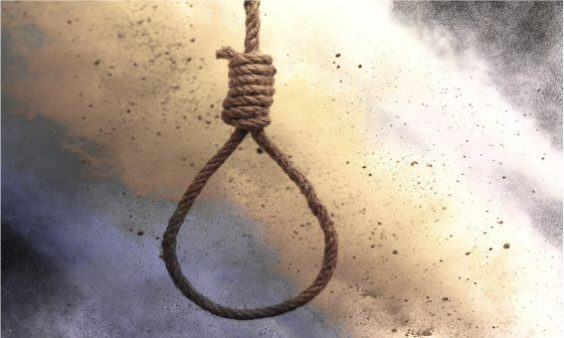 Suicide in the Bible

Suicide is defined as the act of killing oneself intentionally. I was younger than 10 years when I first heard of a suicide story. I will spare you the gruesome details of how the young man committed the act.

His death affected some members of my family and I still remember how we gathered to pray for his family after the news broke out. It is always sad to hear the story of anyone who ended his/her life for one reason or the other. Since most of us believe in life after death, it is only logical we ask what eternity holds for those who commit suicide.

Many Christians have asked questions about the fate of the soul of a person who committed suicide. Is suicide a one-way ticket to hell? Does God’s mercies make provision for people who commit suicide? Etc. I would like us to first look at a few suicide stories in the bible and see why those individuals committed the act in the first place.

There are a number of such stories in the bible – especially in the Old Testament. I’m no expert in this however I will attempt to put these stories into categories. First we will look at the bible characters who almost committed suicide or expressed their desire for death, those who did it with the help of others and then those who actually did it on their own.

I would like to start with the stories of those who almost committed suicide or expressed a strong desire for death. From my observation of some of these stories, I have come to the realization that ‘death before dishonour’ was a guiding principle for most people in ancient Israel. This points to the fact that in some of these stories the individuals were prepared to kill themselves lest they endure the pain or shame that accompanies dying at the hands of their foes or being put to death by their superiors because of some error on their part. This fact cuts across all the categories of suicides in the bible listed above.

For example, in the famous jail-escape story of Paul and Silas (Acts 16:25-28) we see this happen. The two of them spent time singing praises to God and praying at midnight, soon there was an earthquake and the jail gates were opened. When the jailer realized the gates were opened he supposed the prisoners had escaped so he drew his sword and was ready to kill himself. Paul cried out and told him to stop. Now let us analyse this event critically. The jailer in this story was prepared to die rather than face the punishment that would be meted out to him if the prisoners who had been put in his care had escaped. Whatever the punishment was, it couldn’t have been worse than death. Hence, it appears in his bid to commit suicide, he was aiming at preventing something more severe, shameful and dishonourable than death. He preferred death to dishonour. This jailer is in this category because he didn’t follow through with his intentions. He was stopped by Paul and later, he gave his life to Christ.

Elijah also fits into this category. He did not necessarily make an attempt to end his life but he expressed his desire for death because of some challenges he was facing. He prayed and asked God to kill him. He said ‘It is enough; now, O LORD, take away my life, for I am no better than my fathers” (1Kings 19:4). He said this because Jezebel was after his life. This may not quite fit perfectly into the principle of ‘death before dishonour’ but in some sense it does. Here we see Elijah expressing his desire to die at the hands of God rather than Jezebel’s. Maybe because it wasn’t death he was really afraid of but the dishonor of dying at the hands of Jezebel.

The second category of suicide victims in the bible are those who asked someone else for help. The first of such stories is that of Abimelech. Abimelech, had just won a war against Gaal and his brothers. Later he heard that some of the men (he had just fought with) were hiding in the stronghold of the temple of the god of Berith. He and his men went after them and set the stronghold on fire and killed as many as 1000 men and women. Afterwards, he went to Thebez and he encamped there. The people there had also fled into their strong tower, shut it and went up the tower. Abimelech came near the tower and drew near the door to burn it, but a certain woman at the top of the strong tower dropped a millstone on Abimelech’s head.

Abimelech preferred death to dishonour or a seemingly braver death than a dishonourable one. So he called his armour bearer and said to him, “draw your sword and kill me, lest men say of me ‘a woman killed him’” Judges 9:54. The armour bearer killed Abimelech at his command. It is a kind of suicide. It was also inspired by the ‘death before dishonour’ principle. Just like the others, he didn’t fear death per se. What he feared was the ‘dishonourable’ death at the hands of a woman.

The second person in this category is Samson. He also committed suicide with the aide of someone. When the Philistines had finally captured him, they gouged out his eyes and brought him out into their temple to make fun of him while they made merry. He asked the young boy who held him by the hand to take him to pillars that supported the temple so he could lean on them. He later prayed to God to give him strength. Samson positioned himself in the middle of the pillars and said (to God) ‘let me die with the Philistines’. He pushed the pillars and the temple came tumbling down. It was said that the death toll of this act far exceeded the number of Philistines Samson killed before his capture. Samson did this not because he wanted to prevent a dishonourable death, but he wanted vengeance against the Philistines for gouging out his eyes. And so vengeance is one of the reasons people commit suicide.

The last group of suicide victims are those who actually did the act on their own, unaided.

One of the most prominent suicide stories throughout all of scripture is that of Saul, the first king of Israel. He had spent a long time pursuing David in an attempt to kill him. While warring against the Philistines one time, they struck down the sons of Saul. The Philistine archers also wounded Saul badly. In that state, Saul told his armour bearer ‘draw your sword, and thrust me through with it, lest these uncircumcised come and thrust me through, and mistreat me’. Again, we see the principle of ‘death before dishonour’ at play here, even with much more detail. Saul, preferred to die at the hands of his armour bearer than to be killed by the Philistines ( referred to as uncircumcised) who would have mistreated him. His armour bearer couldn’t obey Saul’s command because of fear so Saul took his own sword and fell on it.

I dare say the most prominent suicide story in the bible is that of Judas Iscariot. His, was prophesied by David in the Old Testament and quoted by Peter in Acts 1:20. Judas’ suicide is the most popular because of the reason he did it. He had betrayed Jesus Christ, the Saviour of the world for 30 pieces of silver. He later committed suicide because of shame and guilt. When he learned that Jesus had been crucified he attempted to return the money he got for the betrayal. Then he hanged himself and died. He couldn’t bear the guilt of being the one disciple who collaborated with the enemies of Christ to kill him.

I just wanted to make the point that people desire to die or commit suicide for so many reasons. It could be that they do it to prevent something dishonourable from happening to them, some also do it because of vengeance and others because of shame and guilt. At least these are the reasons why these characters in the bible attempted or committed suicide.

Death is the most certain event in every human life yet its suddenness still leaves most of us in shock and fear. Death causes grief however, death by suicide causes a special kind of grief. This is because both the dead and the living close relations of the dead are all victims. Those who die by suicide are called victims of suicide. In some parts of the world, attempted suicide is a crime, implying that the worth of every human life is protected under the laws of the land against (even) him/herself. ‘You cannot get up one day and take your life’, that is what the law seems to say. Life is sacred. Life gets its worth from the giver of life himself who is God.

On the question of where the souls of victims of suicide go, I can neither say ‘to hell’ nor ‘to heaven’ because it is a matter of judgment. Moses called the LORD ‘the judge of all the earth’. I trust that in such matters the judge of all the earth will judge righteously. Dr. Ravi Zacharias, who himself attempted suicide at the age of 17, was asked this same question. His answer was very profound. He too mentioned that only God can judge where any of us would spend eternity. What he added to that statement is what I find outstanding. He said ‘I wouldn’t want to meet Jesus after I have committed suicide’. What would you tell Jesus when you meet him after committing suicide? That you lost hope? That you preferred killing yourself to experiencing something dishonourable? So long as there is life, there is hope. I pray that anybody who reads this piece and is suicidal would reach out to God and the support system around them for help. Some of us actually need to get professional help from a counselor or a therapist. Your life is precious. Your life is precious. God wants you to be on this side of eternity until he calls you home. Hold on tight!

We will all stand before the LORD after we die to face judgment. I don’t know about any of you but I sure wouldn’t been looking forward to seeing after committing suicide

Abdul Hayi Moomen writes: Walking out on SONA – the ‘you do me, I do…

A Piece O’ My Mind: It wasn’t your money