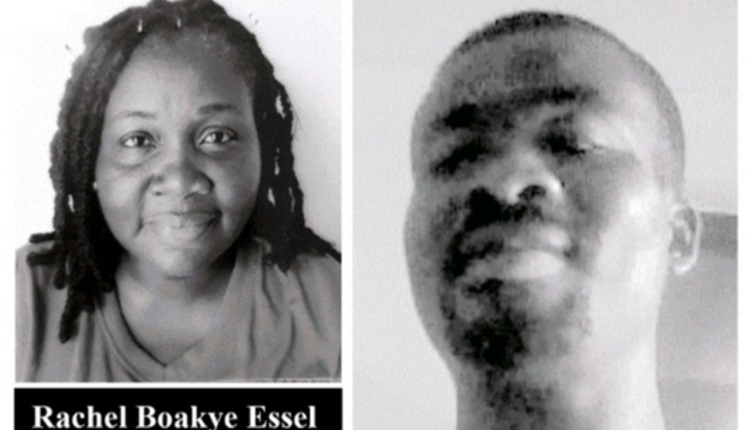 The Kaneshie Magistrate Court has issued a warrant for the immediate arrest of two persons for their individual roles in various offences.

The two suspects are 40-year-old Racheal Boakye Essel, a native of Akumfi-Adansi in the Central Region and 35-year-old Charles Amankwah.

The Economic Crime Unit wants both suspects at the CID Headquarters to assist in a case of stealing and defrauding by false pretences.

Rachel is wanted to assist in a case of stealing, while Charles is to help in a case of defrauding by false pretences.

The female suspect, a sales executive of a marketing company, is alleged to have sold goods totalling GH¢933,165.00 on behalf of the company to its customers and bolted with the said amount.

She is suspected to be hiding at Oyarifa, Adenta or Madina in Accra.

On the other hand, Charles is alleged to have fraudulently acquired goods worth GH¢221,500.00 from a marketing company and forwarded a fictitious cash payment slip to the company.

He is believed to be hiding in Tema in the Greater Accra Region or Koforidua in the Eastern Region.

Upon committing the crime, both suspects have gone into hiding and all efforts made to trace them have proved futile.

Anyone with information on their whereabouts should contact the Economic Crime Unit at the CID Headquarters on the numbers stated in the press release.

Meanwhile, a GH¢10,000 cash reward will be made available to anyone who provides information leading to their arrest.

Below is the release to that effect. 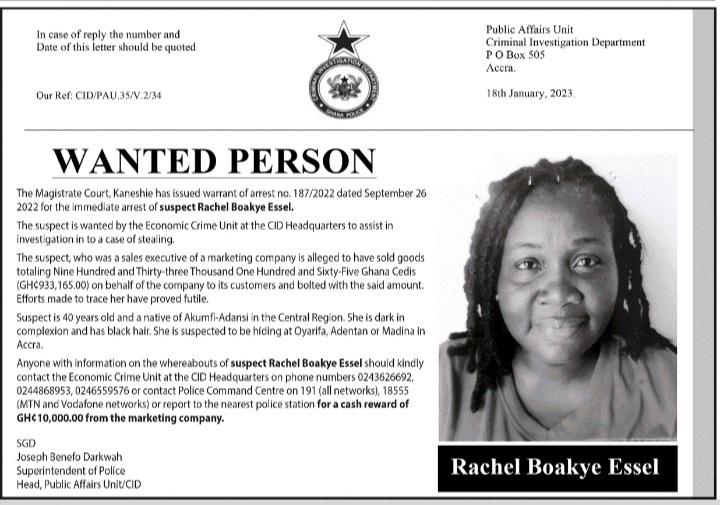 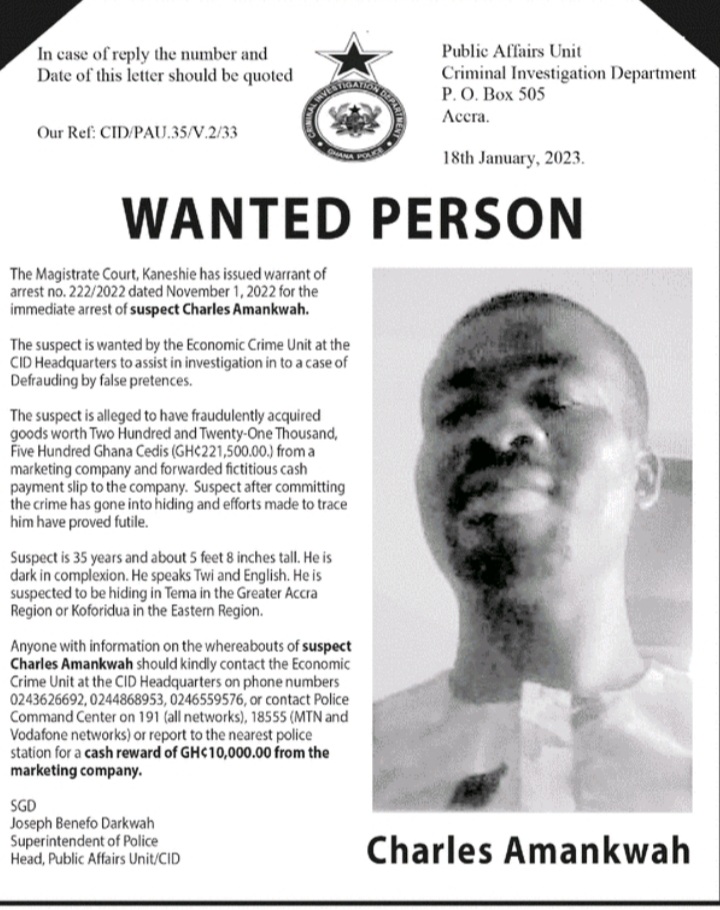