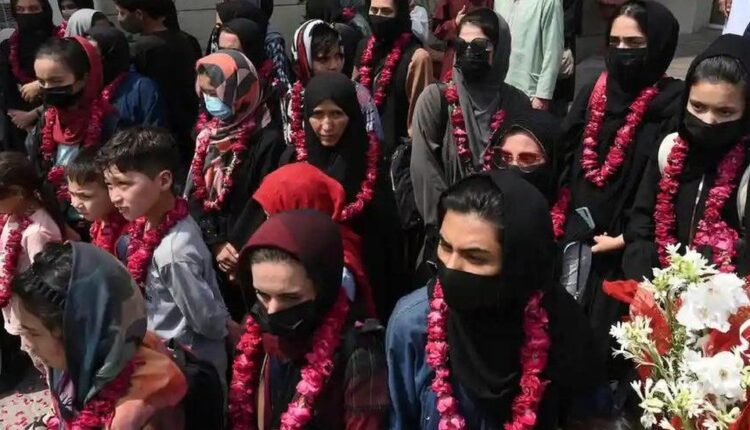 Dozens of Afghan girls with promising football careers, who fled the Taliban, have been told they can come to the UK to be resettled, along with their families.

The 35-member squad – aged 13-19 – fled Kabul last month and have been staying for the past few weeks in a hotel in Pakistan, where their temporary visas were due to expire on Monday.

“We are working to finalise visas to the Afghan Women’s Development Team and look forward to welcoming them to the UK shortly,” a UK government spokesman said.

The girls faced having to return to Afghanistan if another country had not accepted them.

“This is fantastic news, and we are most grateful to Prime Minister Boris Johnson and Home Secretary Priti Patel for this life-saving decision,” said Siu-Anne Marie Gill, CEO of the ROKiT Foundation, which supported their escape.

“I’m absolutely thrilled for them to have a second chance at life,” said the chairman of the foundation, Jonathan Kendrick, who financed the operation to get them on buses out of Afghanistan and to stay in Lahore. “This is a whole new world they are taking on and I’m sure with the football community supportive to their plight, they will settle in and be able to experience all of the joys life gives.”

Ms Gill told the BBC the girls had become extremely nervous about what would happen to them, but were now hugely relieved. She said they would come to the UK in two to three weeks.

Leeds United and Chelsea are among a number of British football clubs who have promised to support them in the UK.

The young squad members have all been through an extraordinary ordeal.

Most of them are from Herat in western Afghanistan and had made their way to Kabul when the Western airlift started, staying in safe houses.

“Seventy percent of them had received death threats,” said Ms Gill. “They were terrified.”

Afghanistan’s former women’s team was airlifted to Australia and the girls’ team were later given asylum in Portugal. But the fate of the development squad was uncertain – until now.

The girls, along with their coaches and family members, had been due to be evacuated to Qatar at the end of August. They were almost within sight of the airport when they were pulled off their buses because of security warnings. Two hours later, the airport was attacked by a suicide bomber.

After 10 days in hiding, they were eventually driven to the Afghan border, and crossed into Pakistan after being given personal permission to enter by Prime Minister Imran Khan.

But with their Pakistani visas about to run out, Ms Gill said, the “platform was burning” because it would have been far too dangerous for them to return to Afghanistan.

Women have not been able to take part in any sports since the Taliban takeover. The former women’s football team captain, Khalida Popal, had warned players to burn their kits and delete social media images of them playing for fear of retribution from the Taliban.