President Akufo-Addo has applauded the first batch of beneficiaries of the Free Senior High School policy.

He says their results have shamed critics of the Free SHS policy which is one of the flagship programs of the governing New Patriotic Party.

“I am reliably informed that the WASSCE results of Aburi Girls Senior High School, and, indeed, of all 2020 SHS graduates, was extremely impressive.
“Those who claimed that the policy was not achievable must be very ashamed now. I will shelve that conversation for now so we deal with it another day” he said. 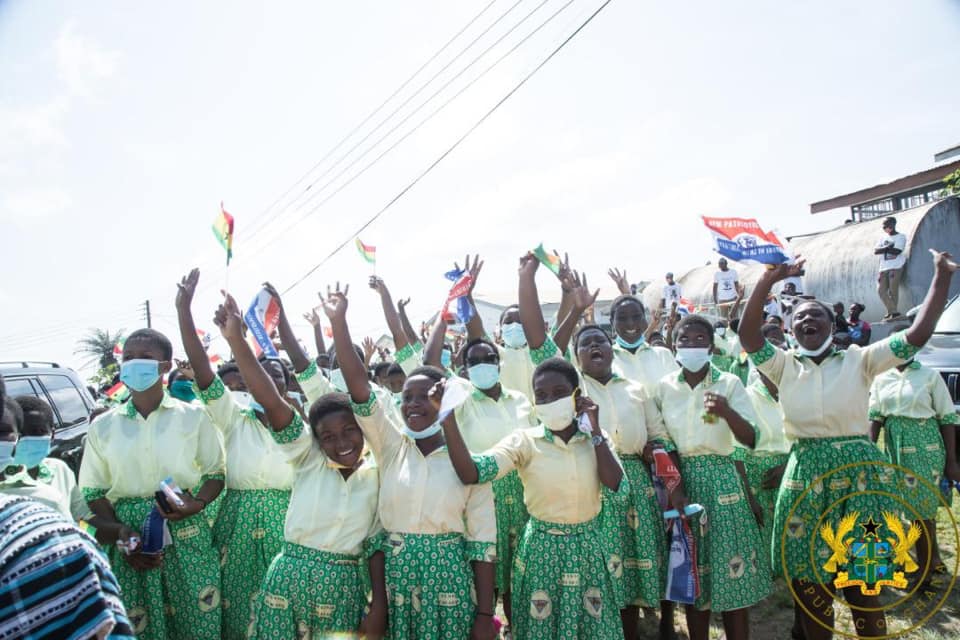 Addressing traditional leaders and party faithful in Aburi in the Eastern Region, Nana Akufo-Addo said “ I wish to congratulate all the students for their brilliant performance in WASSCE examinations,”
The results of the 2020 WASSCE is seen as a verdict on the government’s free SHS policy introduced in 2017.

For the past three years, the government has absorbed every tuition and boarding fee and a host of other bills for students in public senior high schools across the country.

That comes down to  2.1billion cedis spent on 1.2million students.

The policy has not been without controversy. The increased admission rates led to overcrowding, forcing the government to introduce what is called a ‘Double Track System’ that allowed two streams of students to go to school at different times. 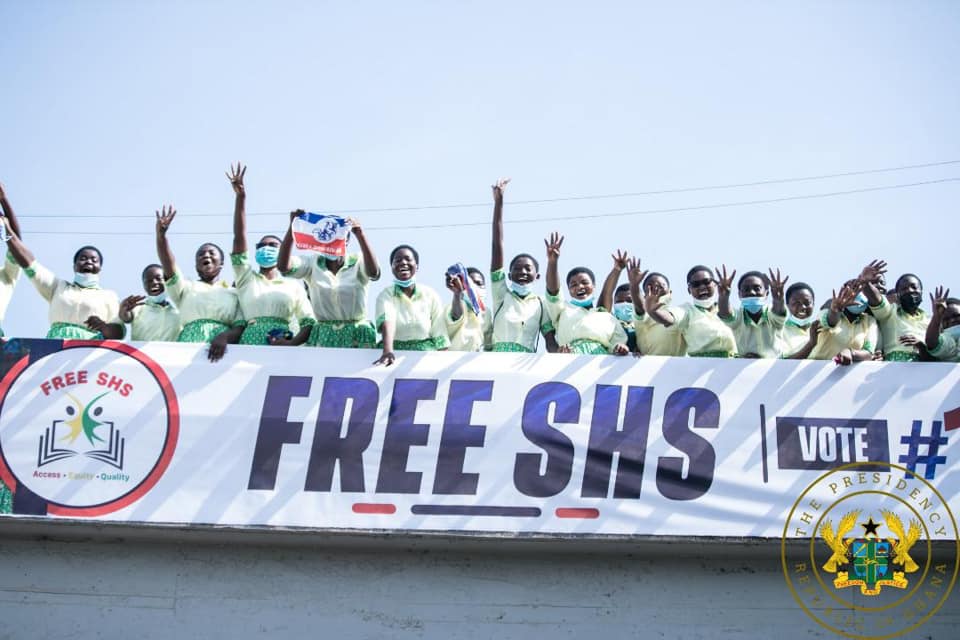 The opposition and some sections of the public also expressed concerns about the effect of free SHS on quality education.

After three years of the policy’s implementation, the WASSCE results are out.
Analysis of the results reveals that performances in Mathematics and English Language were the highest, recording 65.71 and 57.34 percent, respectively.
However, there was a 10.6% decrease in the pass rate for Integrated Science and 11.12% for Social Studies.