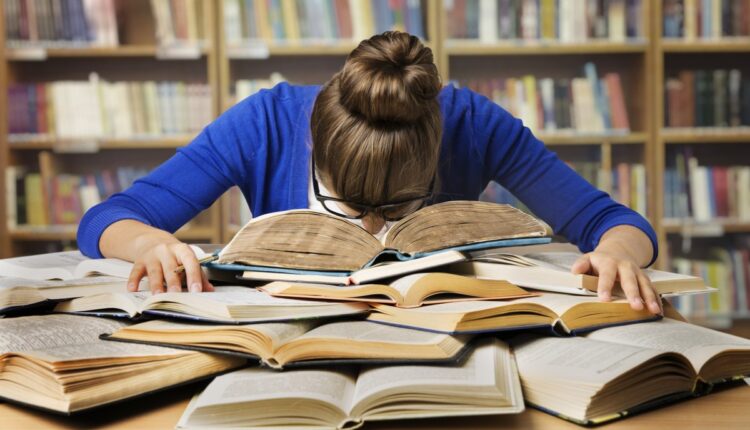 For eight years, I served as the psychology department chair at the State University of New York at New Paltz.

The job was multi-faceted, to say the least. On any given day, you might literally be working on over a dozen completely independent tasks or projects.

One task included oversight of the hiring of student workers. Along with our five-star secretary, Jane Lehman, I’d work to sort through applications at the start of each year. From a pile of about 20 applications, we’d hire about 3-4 students for the year.

We’d interview top candidates and make hiring decisions in a pretty standard way. The students in our program tend to be very strong and it was extremely rare that we ever regretted a hire.

At some point, Jane and I came upon a realization: While the students’ applications for these positions included all kinds of materials (e.g. a written statement, a transcript, references, an oral interview, and a resume), we came to find that cumulative GPA—a student’s overall grade point average, across all classes and all semesters—was incredibly predictive of how well students did in the job in our office. In short, students with very high GPAs tended to be absolutely stellar office assistants. And students with lower GPAs…not-so-much.

This realization came as we concluded that GPA was actually much more valuable than a student’s performance in an oral interview. So a student might come across as all-that in the interview, but such performance was much less predictive of success in the job than was that same student’s cumulative GPA.

Now, this is not to say that we would only use GPA as a hiring criterion, but we eventually learned to start there in making hiring decisions.

Why Is GPA So Powerful in Predicting Success?

As a quantitatively oriented behavioral scientist, I got to thinking about why GPA is powerful at predicting success. We can think of it in terms of data (which is, of course, how I like to think about all kinds of things).

A simple rule in any scientific endeavor is this: The more data you have, the better.

This rule follows standard psychometric theory, which essentially reasons that as you are trying to accurately capture some psychological attribute (e.g., the ability to work independently), the more data (or discrete pieces of information) that you have on that variable, the better your estimate of that attribute is. If I’m trying to figure out how well Joe can work independently, then, I’m better off having data from 10 different samples of Joe’s work rather than only 2 samples of his work.

GPA as an Index of Judgments From 40 Leading Experts

So let’s think for a minute about GPA in terms of data. At most universities, an undergraduate degree requires 120 total credits consistently mostly of 3-credit classes. That comes to about 40 total classes.

For any individual class, a student might have assignments related to attendance, participation, writing, understanding material, integrating material, presenting information to others, etc. As one example, my statistics class includes four intensive exams, 12 independent homework assignments, and four advanced computer laboratory assignments. That is 20 evaluation points right there in a single class.

Now think about there being 20 points of evaluation for a given student for five classes in one semester. That’s about 100 evaluation points per semester. And these evaluations run the gamut from pertaining to all of the many facets of what it takes to succeed in a college class.

Now think about this: That is one of eight semesters that the student needs to complete so as to complete a bachelor’s degree. Based on this math, then, the student might end up with as many as 800 independent evaluations provided by 40 different professors (often leading experts in their fields) before that student walks across the stage at commencement. That is a lot of data!

Attributes That Are Marked by GPA

Another highly useful feature of GPA is that it marks so many different attributes that are useful for success in all kinds of fields. To achieve a high GPA, a student must be effective at knowing what the work is, getting the work done, getting that work done on time, and getting that work done in a high-quality fashion. To show that you can do this over and over to the satisfaction of 40 different professors across four years? That is a big deal.

A subset of attributes that are marked by a high GPA are as follows:

And, again, this is just a subset of what all is marked by a student’s GPA.

And this is why when Jane and I would hire students, we’d be happy to interview them—but we came to know, full well, that just about anyone can put on a smile and say the right things for 20 minutes. If you really want a big-picture sense of who someone is as a worker, you need as much data as you can get your hands on. And there are few forms of data that are more telling compared with GPA.

In the real world, personnel decisions are being made all the time. Such decisions include short-term kinds of jobs, such as student office assistant jobs, all the way up to positions as presidents of universities and major corporations.

Sure, it’s good to interview people to get a personal sense of how they seem. But at the end of the day, sources of data that provide multiple evaluations made from multiple, independent expert evaluators are going to be hard to beat. This is why GPA and other multi-faceted sources of personnel data are, at the end of the day, so predictive of how likely someone is to perform a job successfully.