Why impunity walks on octopus legs in Ghana

“Praaaaaaise the Lord,” the Pastor screamed into the mic. “He has risen, Christ has risen,” he boomed, as he rallied the faithful to wave their handkerchief in a moment of praise and worship.

“He has risen. Be happy. Our Lord has risen,” he punched the air with his left clenched fist,  while the right gripped the microphone.

It was Easter Sunday,  April 12, in the quiet Tongor-Abui, a farming community in the South Dayi District.  On any other day, the faithful in this community would have woken at dawn, visit the cemetery and return victorious without the risen Christ.

“Ef) ee  Ef) ee Ef) ee” would have been on their lips, as they twist and turn in jubilation over the symbolic resurrection of Christ.

But not that day, a directive from Accra has compelled many churches to shut down, as coronavirus continues a slow but steady rise exactly a month after the country recorded its first case.

As members of Apostle Sampson Agakpe’s Church of Pure Christ walked purposefully in their Sunday best to church on that Easter Sunday, the village was in a murmur.

As the church service continued word reached the Peki Police about the rebellious congregation, which defied the ban on congregations to prevent the spread of Covid-19.

The moment the members of the congregation heard the police siren, a melee ensued. Old congregants who struggled with waist problems forgot their ailments and sprinted out of the door. Wigs and sandals flew across windows with the youth pushing and shoving each other to escape from the men in black.

Apostle Agakpe, his assistant;  and the Church Secretary suffered a heavy foot or simply decided to put their faith to test by staying put. Perhaps they were too shocked to move.

At this point, the church was turned on its head. A hurricane would have caused less trouble.

The armed police officers entered the church, grabbed the three men who were on their knees and lost between begging and praying, as the police dragged them out of the auditorium.

Four days later, the trio appeared before the Kpando Circuit Court, where they pleaded guilty and were each fined GH₵13,200 or in default spend four years in jail.

They could not afford it.

The law was swift. Many Ghanaians applauded the decision of the court.

At the time, Ghana had recorded 641 confirmed cases of Covid -19 with eight deaths.

It was supposed to be a deterrent. Christianity is not a license for folly. A precedent has been set, anyone who breaks the EI 65—the restrictive law to guide our conduct during the covid-19 –will be dealt with.

But like the many laws on our books gathering dust, the jailing of the three pastors was a flash in the pan.

Remember how Aisha Huang, the galamsey queen, who broke so many laws that we thought not even the communist party in China could save her? She walked under the cloak of diplomacy.

No mean a person than the Senior Minister, Yaw Osafo-Marfo, justified the decision of the Attorney General to terminate the prosecution of Aisha Huang, and her gang of Chinese looters, who were not just stealing our gold, but were also destroying our environment.

How about Helen Huang, the Chinese woman who invaded the north and cut down so many rosewoods for export?  She was arrested and granted bail; she jumped bail, got arrested again, but as usual, the state let her fly back to China to enjoy her loot.

Neither can we forget President John Mahama’s decision to pardon the ‘Muntie Four’—members and sympathisers of the National Democratic Congress (NDC)—who were jailed for unprintable words directed at the Supreme Court and also threatening to rape the then Chief Justice, Justice Georgina Wood.

With coronavirus winking us, many thought when President Nana Addo Dankwa Akufo-Addo signed the Executive Instrument (65) into law, and laced it with several warnings in his weekly updates, impunity has been buried.

Buoyed perhaps by the President’s directives, the Ghana Police Service got even angrier, warning that it would arrest even those are alone in their cars with rolled-up windows. They did arrest a few.

Another precedent has been set.

When the New Patriotic Party went to congress in electoral areas across the country to elect its parliamentary candidates in 167 constituencies, there were high expectations on the party to ensure that its members adhered to social gathering protocols.

But it was not to be. Thousands of the party’s supporters across its strongholds blatantly disregarded the protocols. Some refused to wear their masks, hugged, gathered in their numbers, spitting in each other’s faces in the name of chatting, among other activities that kick the protocols in the groin.

No one was arrested.  Not even a slap on the wrist from the police service, which took to arresting people driving alone in air-conditioned vehicles but wore no mask.

When President Akufo-Addo addressed the issue, all he could say was that it should not happen again.

Interestingly, a few days later, a Deputy Minister of Trade and Industry, Carlos Ahenkora, who knew very well that he was covid-19 positive and even witnessed the death of Sir John, an NPP former General Secretary, from the disease, threw caution to the wind and went visiting polling stations.

Guess who came to her defence when the public asked that beyond his resignation, he should be prosecuted—Ursula Owusu-Ekuful, the Minister of Communication.

She insisted that the Tema West lawmaker broke no law, and behaved honourably by resigning. It was enough punishment; she argued. She also urged those who wanted the MP prosecuted to show whom he had infected with the disease.

This was a minister who ordered the closure of an MTN shop in Dansoman because they irresponsibly failed to meet social distancing protocols. At the time she closed the MTN shop, none of the customers had results that showed they had tested positive for the virus. She was just being proactive. A mark of good leadership. 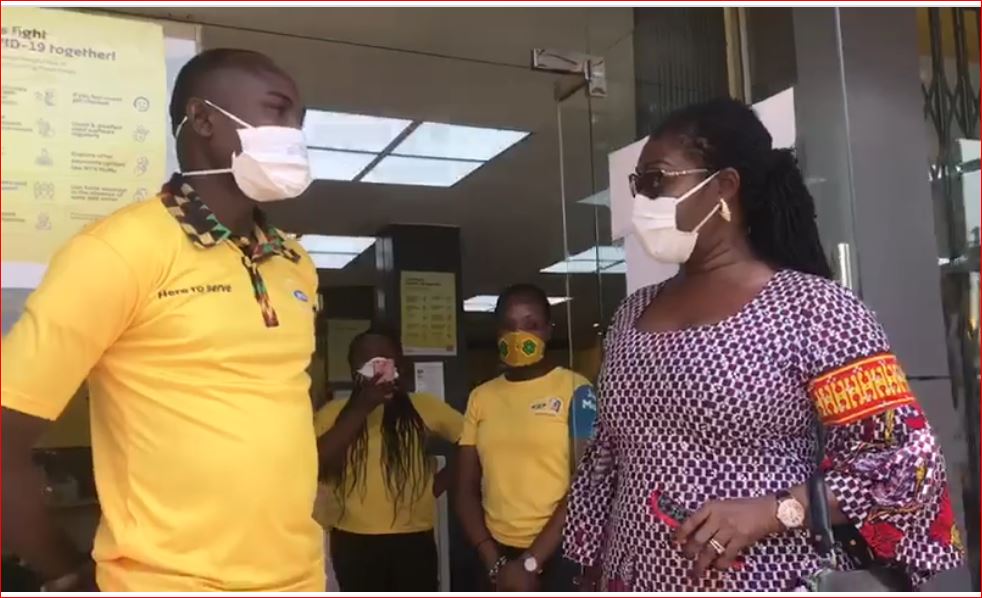 Admittedly, there is no way the President could have arrested members of his party, who broke every bit of EI 65. But he could have asked the police to take action.

The building block of every democracy is powerful institutions. Institutions that will not look at party colours or personalities before enforcing the law.

Our police service had shown over the years that they have no courage to deal with members of ruling parties when they hold a sledgehammer on the law.

So impunity in Ghana has grown octopus legs with no fear of the ocean.

Until we tame these legs, our rule of law is the walk of the octopus.

TEAM GHANA – Why we don’t perform?