2020 election petition: Meet the 7 judges who will determine Mahama’s fate

As the country braces itself for another round of litigation on the result of the 2020 election, the Judiciary has empanelled a blend of some of its experienced hands and new faces on the Supreme Court to sit on the petition filed by the flagbearer of the NDC, John Dramani Mahama.

At the first hearing on Thursday, January 14, in which the apex court gave the NDC the greenlight to amend errors in their application, the identities of the adjudicators were made public.

The seven, led by the Chief Justice, Kwasi Anin Yeboah, are from a pool of 15 to determine the case in which Mr Mahama wants to overturn the results of the 2020 election.

The petition which mirrors the 2012 election petition filed by the NPP’s Nana Akufo-Addo is expected to take 42 days to adjudicate.

But who are these supreme court judges?

The presiding judge is the Chief Justice Kwasi Anin Yeboah.

Theghanareport.com brings you details of each of the judges who are on the bench of the country’s highest court.

After graduating from law school, he served as an Assistant State Attorney at the Attorney General Office Koforidua. He proceeded to work as a partner at Afisem Chambers at its Koforidua Branch. He was later elected as the Eastern Regional Bar President.

Anin Yeboah was appointed to the Supreme Court of Ghana by former President John Agyekum Kufuor in June 2008. He served as a Justice of the Court of Appeal from 2003-2008 and the High Court from 2002-2003 in Ghana.

Justice Anin Yeboah has also provided his legal experience to football in his country, serving as Chairman of the Appeal Committee at the Ghana Football Association from 2004 to 2008.

He was appointed Chairman of the Disciplinary Committee of FIFA in 2017.

He is currently the chairman of the Legal Aid Board and Chairman of the Disciplinary Committee of The General Legal Council of Ghana.

Justice Anin Yeboah was appointed the Chief Justice by President Nana Akufo-Addo and sworn-in on January 7, 2019.

Justice Anin Yeboah is currently the longest-serving Justice of the Supreme Court.

He presided over the case in which the Supreme Court ruled that a birth certificate doesn’t make you a Ghanaian.

This was the unanimous position of the seven justices after they mulled over a suit brought by a private citizen, Mark Takyi Banson.

The plaintiff had wanted the Supreme Court to compel the Electoral Commission to accept a birth certificate as sufficient identification for registering to obtain a new voter ID card ahead of the 2020 general elections.

These three are also part of the judges for the 2020 election petition.

Justice Appau hails from the Brong Ahafo Region of Ghana. He was called to the Bar in 1982. Before his appointment at the Supreme Court, he had served in various capacities in the Judiciary of Ghana.

In 1996 he was appointed a Circuit Court Judge. Four years later, he was promoted Justice of the High Court and later posted to the Ashanti Region to serve as the supervising High Court Judge of the region.

In 2006 Appau was elevated to the position of an Appeal Court judge. While serving in that capacity, he was appointed on 8 October 2012 as the Sole Commissioner of the Commission of Inquiry to look into Judgment Debts and other matters.

He was appointed and sworn into office after vetting, by former President John Dramani Mahama on June 29, 2015.

Justice Appau’s recent ruling was the reversal of an order of the Ho High Court which placed an injunction on the gazetting of the New Patriotic Party (NPP) Member of Parliament for Hohoe, Mr John Peter Amewu.

The five-member panel was presided over by Justice Yaw Appau.

Justices Samuel K. Marful-Sau, Gertrude Torkornoo are also on the panel for the election petition.

Marful-Sau was born in Assin Adubiase in the Central Region. After qualifying as a Barrister-at-law in 1984, he worked with Provisional National Defence Council (PNDC). He entered private legal practice before being called to the High Court bench in June 2002.

He subsequently became an Appeal Court judge in 2006, and in 2018 he was appointed justice of the Supreme Court of Ghana by President Nana Akufo-Addo in consultation with Council of State and the advice of the Judicial Council.

He was nominated together with three other judges (Justice Agnes Dordzie, Justice Professor Nii Ashie Kotey and Justice Nene Amegatcher).

Nene Abayateye Ofoe Amegatcher was born in Suhum, where he began his formal education. After his call to the Bar in 1980, he began teaching while working as a private legal practitioner.

Before his appointment, he was the managing partner of Sam Okudzeto and Associates and a senior lecturer at the Ghana School of Law since 1994.

Amegatcher is a member of the Ghana Bar Association and once served as president of the association from 2012 to 2015.

He was sworn into office as a Supreme Court judge by President Akufo-Addo in October 2018 together with Justice Agnes Dordzie, Justice Professor Nii Ashie Kotey and Justice Samuel Marful-Sau.

Kotey was born in Osu, a suburb of Accra. After obtaining his PhD and LL.M from the University of London, he enrolled at the Ghana School of Law and was subsequently called to the bar after completing his studies in 1982.

He has been a lecturer of the University of Ghana from 1981 until he was appointed justice of the Supreme Court of Ghana in 2018. While at the university, he served as the dean of the university’s Faculty of Law and acting director of the Ghana School of Law.

He was a visiting scholar in the United States of America, the United Kingdom and the Netherlands. Before he was appointed justice of the Supreme Court, he was an associate professor at the University of Ghana Faculty of Law.

He was sworn-in together with Justice Agnes Dordzie, Justice Nene Amegatcher and Justice Samuel Marful-Sau.

Justice Owusu hails from Beposo in the Ashanti Region of Ghana.

She began serving on the bench as a District Magistrate from 1990 to 1992. She became a Circuit Court judge in 1992 and served in that capacity until 2000 when she was made a High Court judge. 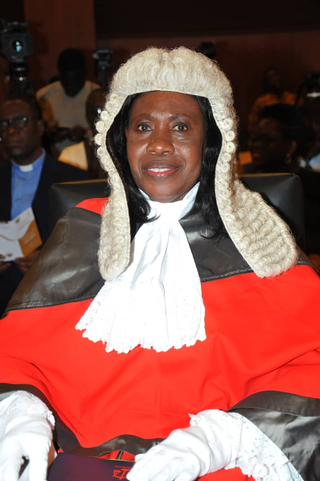 In 2003, she was appointed as the supervising High Court judge for Sunyani until 2005.

She was sworn into the office together with Justice Gertrude Tokornoo on 17 December 2019.

Gertrude Torkornoo hails from Winneba in the Central Region of Ghana. She was born on 11 September 1962 in Cape Coast.

In January 1997, she became a Managing Partner at Sozo Law Consult until May 2004 when she was appointed a Justice at the High Court of Ghana. She worked as a High Court judge until October 2012 when she was elevated to the Court of Appeal. 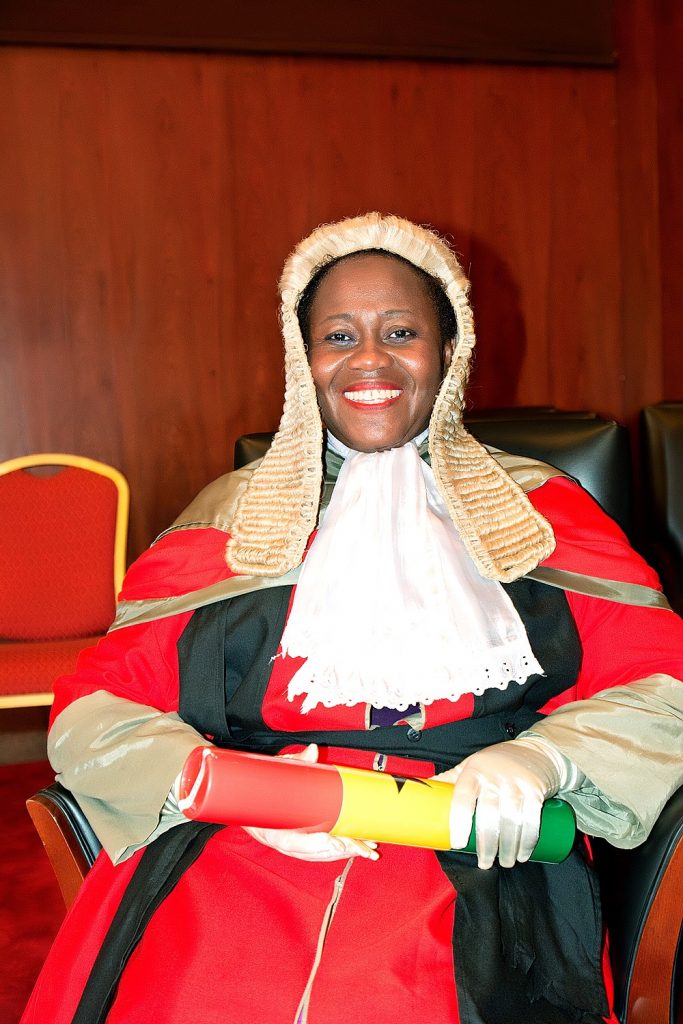 She had been a justice of the Court of Appeal until her nomination for the role of Supreme Court Judge in November 2019.

She was sworn into office on 17 December 2019 by President Nana Akufo-Addo.

She has held several positions including Supervising Judge of Commercial Courts, Chair of the Editorial Committee of Association of Magistrates and Judges, Chief Editor for the development of Judicial Ethics Training Manual, Vice-Chair of the E-Justice Steering/Oversight Committee and Vice-Chair of the Internship and Clerkship Programme for the Judiciary.