Fatimatu Abubakar – A humble starlight of the NPP’s generational fortune

Out of the stables of the New Patriotic Party (NPP) has emerged a star that would light up the torch of the party as old guards pass on the baton.

Fatimatu Abubakar is not the most famous face of the young political class, but her modesty places her miles ahead.

Her meteoric rise has been crowned with a position as a Deputy Minister of Information, and she has settled in perfectly at the young age of 34.

Amid a political crisis concerning the 2020 election petition, Fatimatu emerged with an enhanced reputation.

As the Deputy Director of Communications at the Presidency, she had always remained in the shadows, but her knack for communication meant it was only a matter of time. 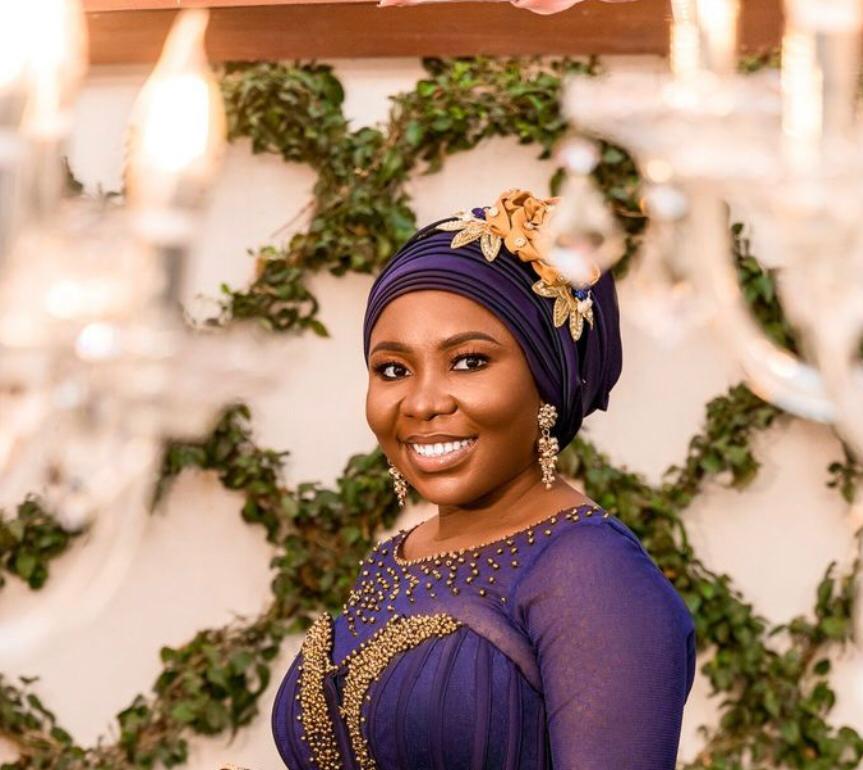 At the height of the court hearings, she represented the voice of a refreshingly balanced, mild-tempered politician at a time of great tension.

Even though she was still under pupillage at law firm Marfo & Associates, she was at the forefront within the communication team.

Nowhere was her skill better portrayed than breaking down court proceedings to the Ghanaian public as the NPP fought off rigging claims by the NDC.

Speaking in the Twi language, she dazzled and wowed the nation as viewers wondered where such a gem had hidden all these times. 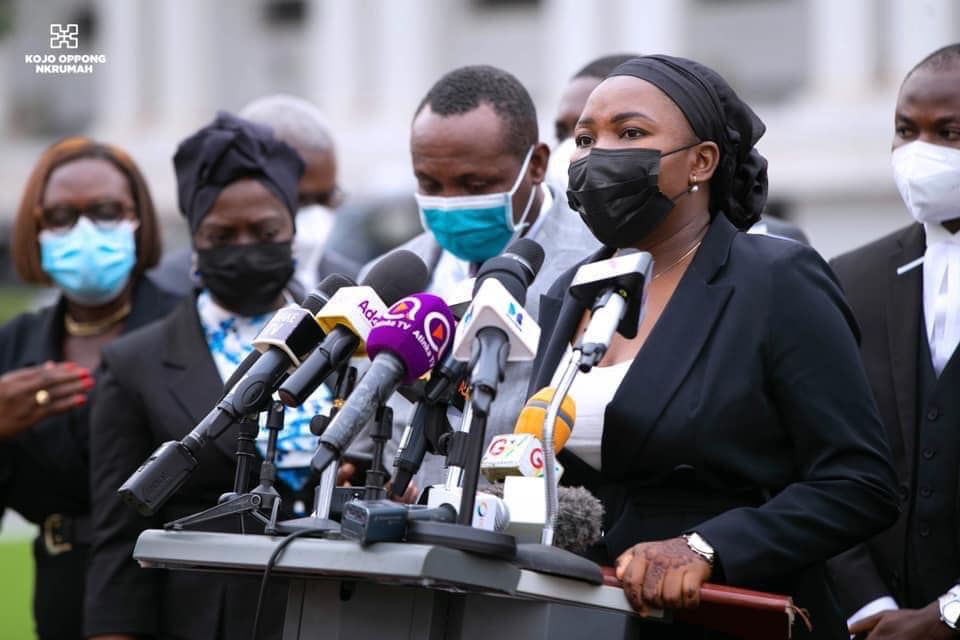 Brimming with confidence, she faced the media with all guns blazing, outlining facts to back the arguments of the NPP and EC Chair Mrs Jean Mensa, who were parties to the suit at the Supreme Court.

Former NPP Communications Director Nana Akomea knew at this point that he could retire without looking back as his protégé sailed through the torrid moment.

She hasn’t shied away from heated political debates, taking on fellow learned colleague and the Communication Officer of the NDC, Sammy Gyamfi.

She is knowledgeable, articulate, able to string coherent thoughts and argue her position convincingly in any debate.

As the airwaves are dominated with indecent language and insults by politicians to gain popularity, Fatimatu has stayed on the course of decorum and decency.

Where her colleagues or superiors had feared she would fail, Fatimatu excelled.

Minister of Information Kojo Oppong Nkrumah could not have requested any better assistant.

Her Islamic values are of high standards, and her cultural awareness laced with diplomacy is a magnet for many admirers.

At her vetting, she appeared decently dressed in a brightly coloured African print complimented by a yellow veil; her chieftain solidly sat behind her like an immovable mass of rock. 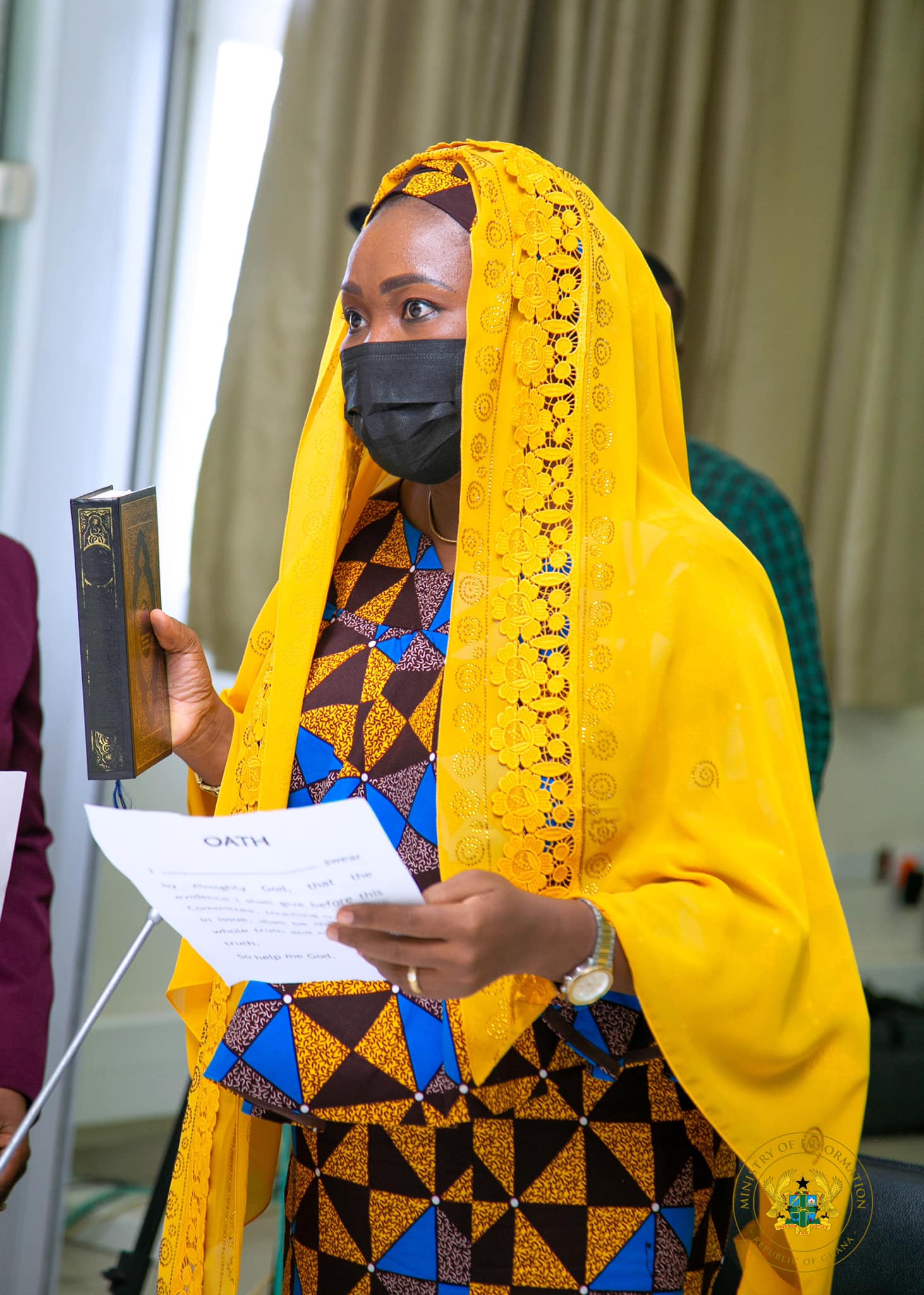 Fatimatu was at her natural best as she calmly churned out answers, weaving her way through the bullets fired by the committee members.

The minority members who are usually hostile to appointees concluded the grilling process with compliments. 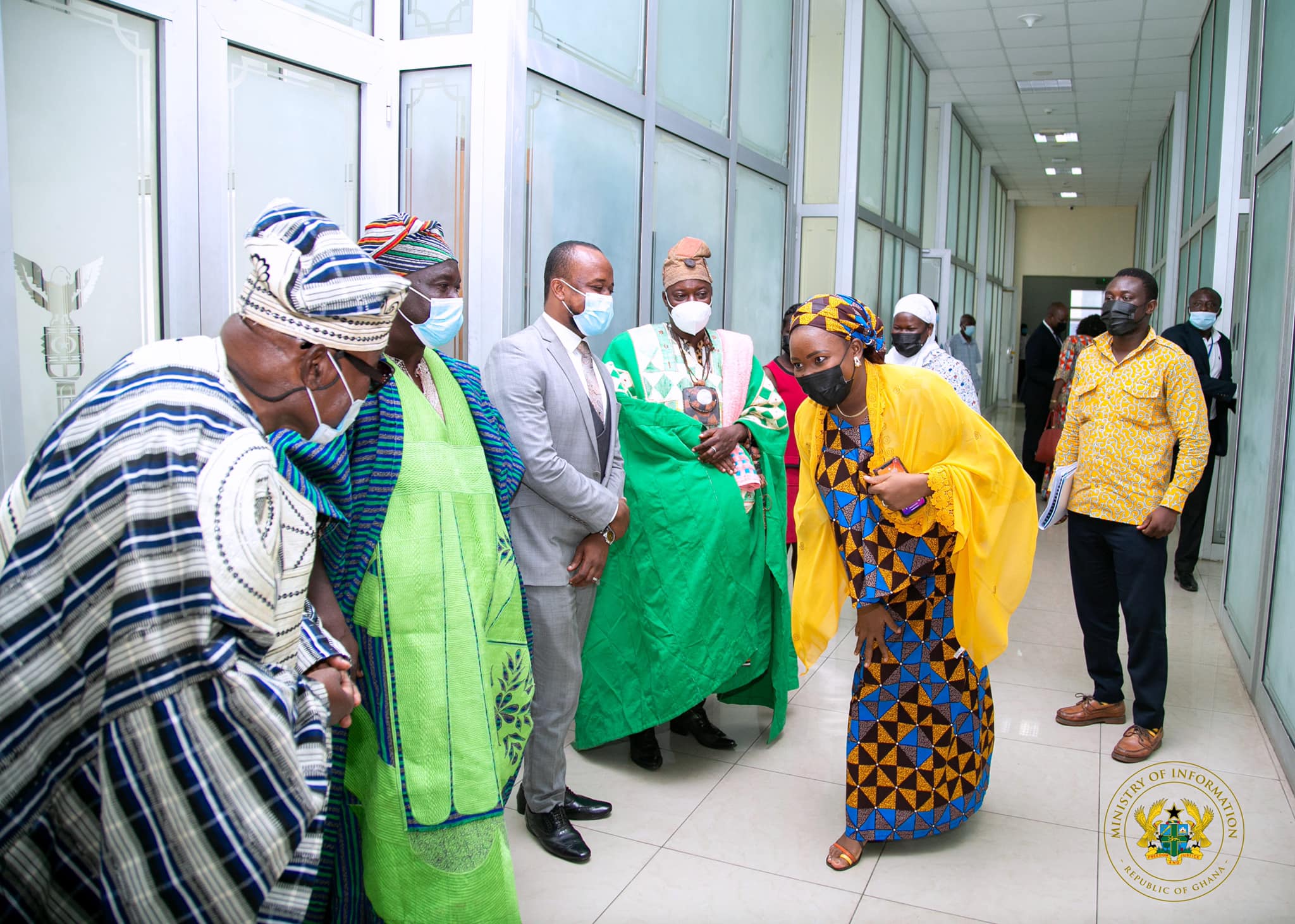 Minority Leader Haruna Iddrisu described her as one of the few women from the Zongos who was “very enterprising”, possessing “very high entrepreneurial skills”.

On his part, MP for the Odododiodio Constituency Edwin Nii Lante Vanderpuye said:” I am proud to have a Zongo sister coming up, but I will want her to be a role model to some of our Zongo girls”.

The ‘songs of praise’ were crowned by the Chairman of the Committee and Second Deputy Speaker of Parliament, Joseph Osei Owusu.

He marvelled at the selection of Fatimatu to communicate on behalf of the NPP legal team even though she was yet to complete her pupillage.

“You have done well. I know you are capable. You have expressed yourself well and decently. I encourage you to keep the standard high,” the MP for Bekwai concluded.

The Kusasi lady hails from Garu in the Upper East Region, not known to be a place of great political promise for the NPP.

However, from the obscure town of Azuguri, she has become a big name on the national platform.

About two decades ago, the smallish and skinny girl was helping the mother, a chop bar operator, at Moshe Zongo in the Ashanti Region. 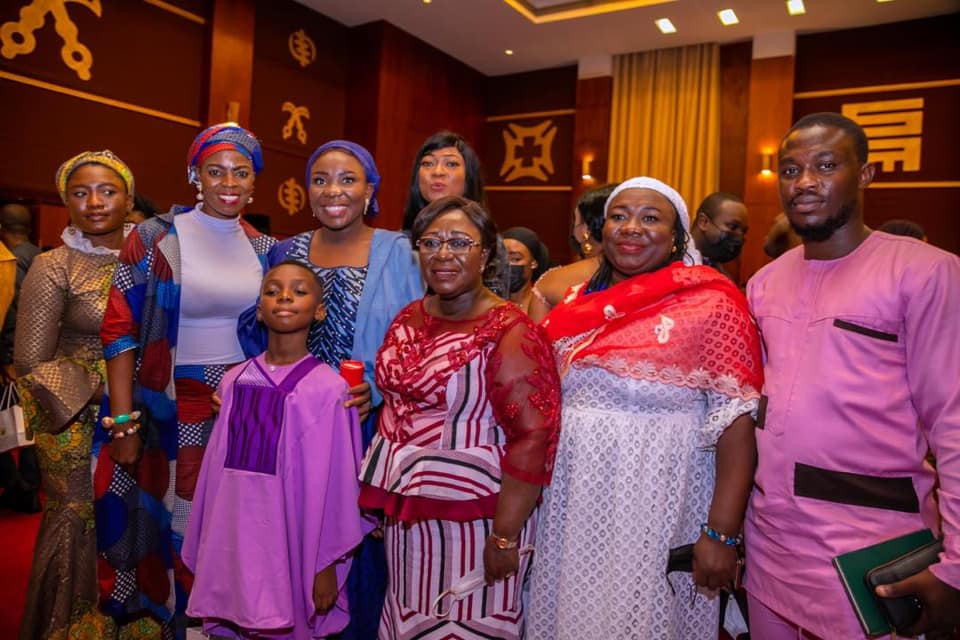 She has not departed from the business of good, nutritious meals passed on to her and hopes to return to the hospitality sector after hanging her white wig and black gown.

She was the head girl from primary to JHS and served as the Student Representative Council (SRC) Organising Secretary at Kumasi Academy.

Additionally, she was the Vice President for the Writers and Debaters Club.

She enrolled at the University of Ghana (UG) in 2006 for a bachelor’s degree in Psychology and English Language.

And that was where her zeal for politics was ignited.

So she joined the Tertiary Students Confederacy (TESCON), the student wing of the NPP and remained a staunch member.

In 2008, she served as the Vice President of Akuafo Hall Junior Common Room (JCR).

Fatimatu was an athlete and participated in various competitions, including volleyball and football.

She also represented Akuafo Hall as the captain of the handball team.

All these activities contributed to shaping her leadership skills.

Striving for higher leadership roles, she contested for the Coordinating Secretary of the National Union of Ghana Students (NUGS) in 2010 and lost.

That was her first taste of political disappointment, but she learnt to handle misfortune.

For her, “the exposure gave her confidence even though she is a shy person”.

After her graduation, the budding politician worked as a Secretary at the National Women’s Wing of the NPP under the leadership of Madam Otiko Afisa Djaba.

Fatimatu has always been passionate about political leadership and felt that women should have a voice.

Consequently, she worked hard to make herself relevant in the NPP and create space for others to flourish.

She joined the NPP Communication Team in 2011 under the guidance of Mr Akomea.

Her traits caught the attention of the party’s hierarchy culminating in her selection in 2015 to be a campaign aide to the then Presidential Candidate of the NPP, Nana Akufo-Addo.

In January 2017, she was appointed the Deputy Director of Communications at the Flagstaff House by President Akufo-Addo.

Before her appointment, she had worked at Lansdown Resort, Danquah Institute and SRM Engineering. 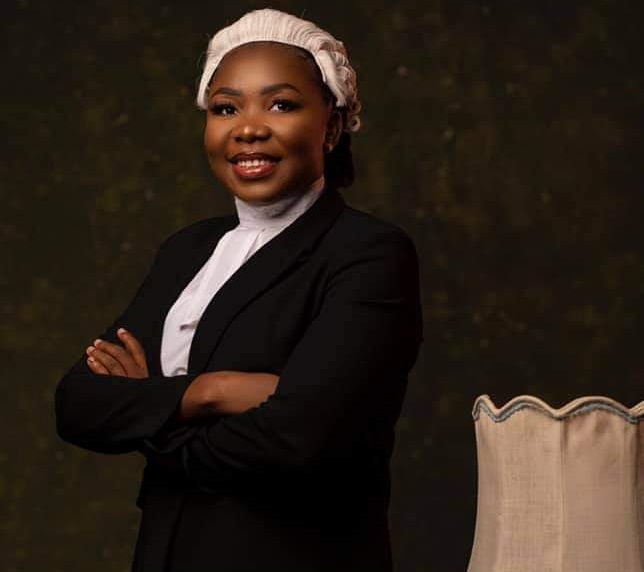 She was later called to the bar after completing her professional law programme at the Ghana School of Law.

She has her sights set on being a law lecturer to expand legal education in the country.

Fatimatu has been involved in various developmental initiatives to improve the lives of women in Zongo communities.

She was the Co-coordinator of the Young Zongo Women Fellowship, which offered management training for women to venture into business. 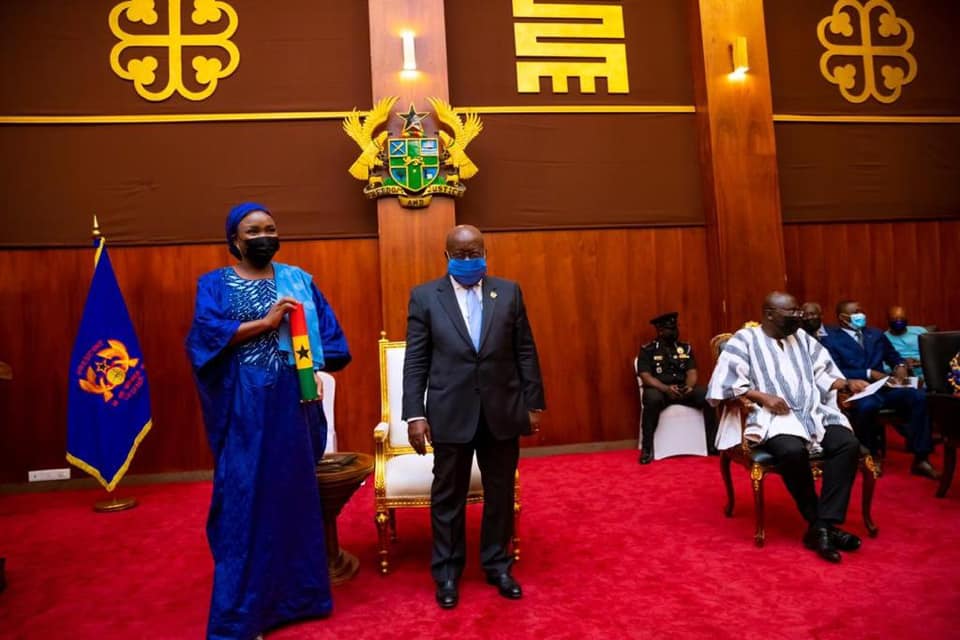 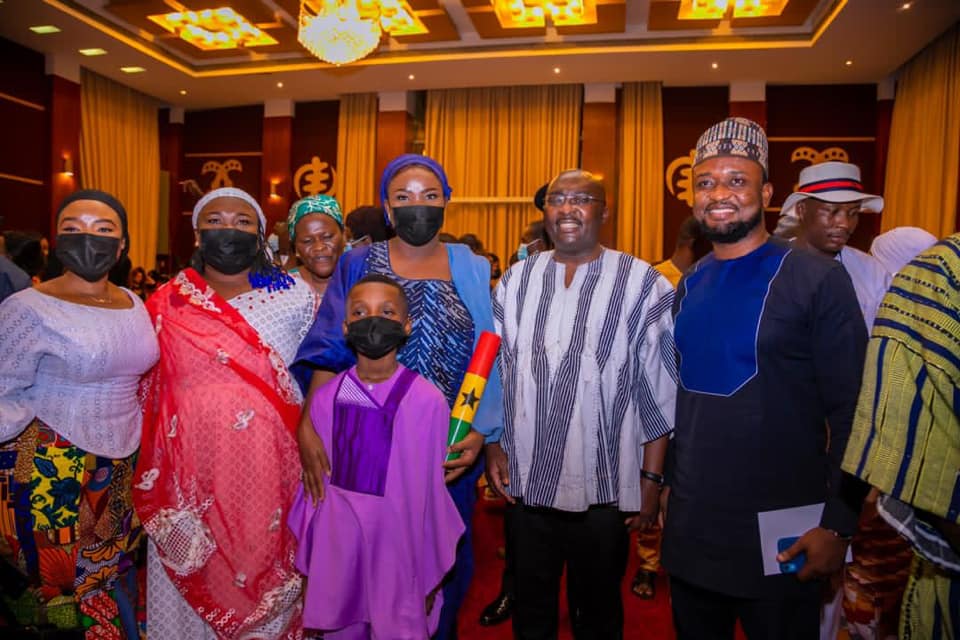 Her joy was beyond bounds when she was sworn into office by President Akufo-Addo.

In her first role of moderating a press encounter by the National Identification Authority (NIA) boss Prof Ken Attafuah, she was calm, collected and executed her task flawlessly. 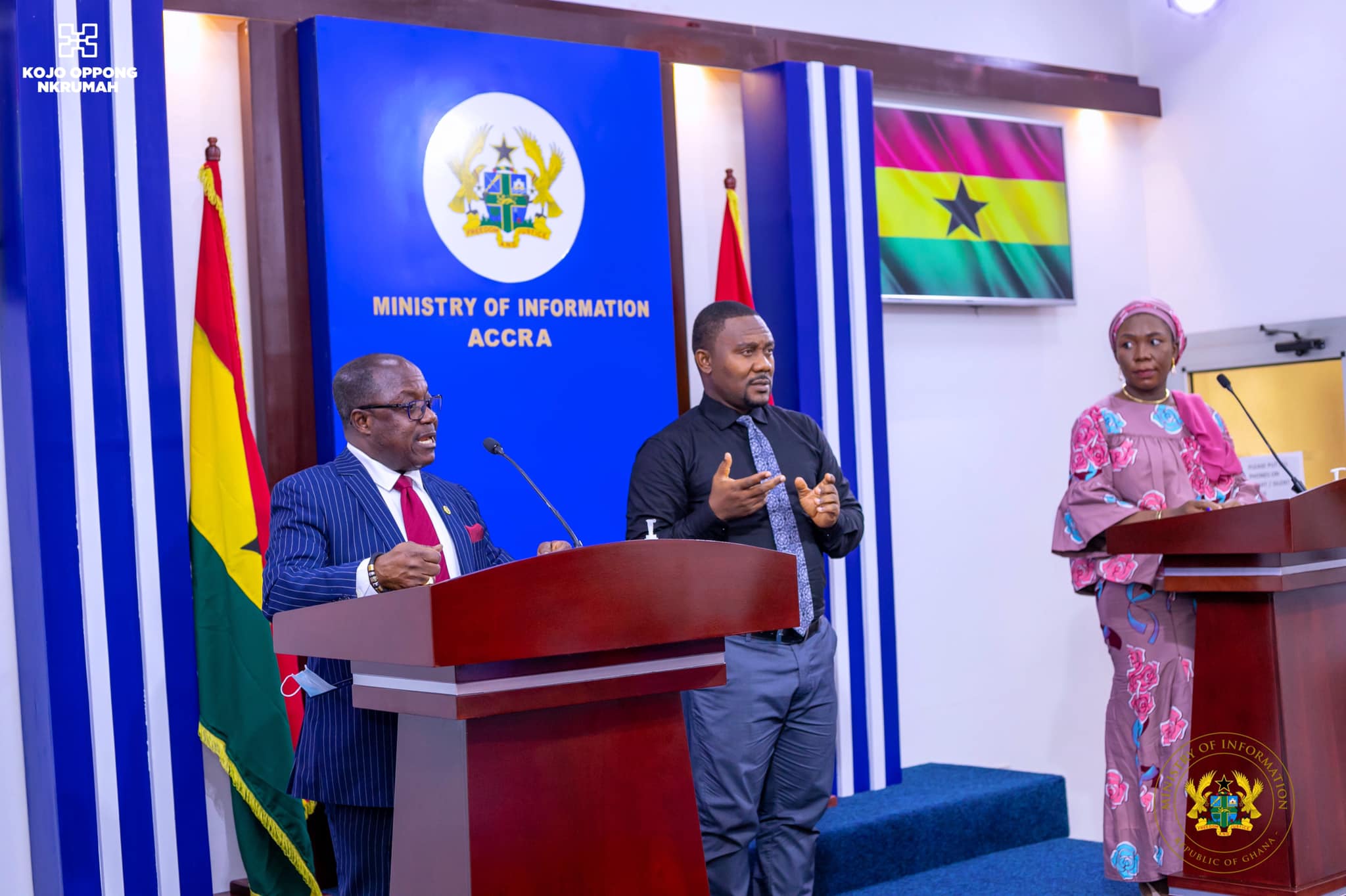 Currently, she is helping to calm the troubled waters of government communication, and so far, insiders say they are happy with her contribution.

Every indication points to a bright political future that awaits Fatimatu.

Indeed, a star is born.