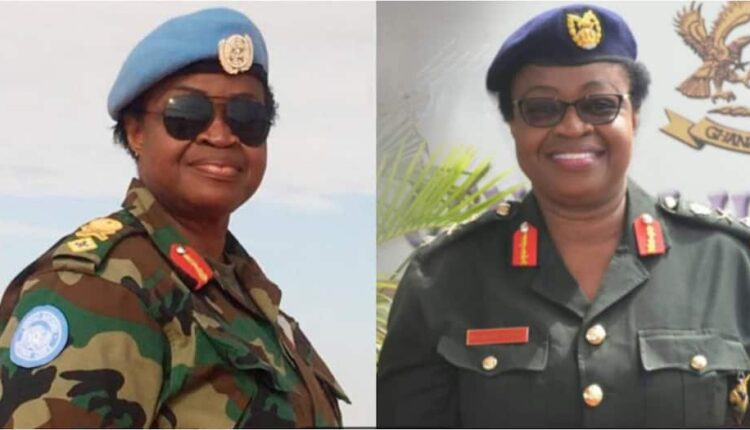 She died at the 37 Military Hospital on Monday, January 24, 2022, after a short illness, sources at the Ghana Armed Forces have confirmed.

General Constance Emefa Edjeani-Afenu was commissioned into the Ghana Armed Forces on April 25, 1980, as a Second Lieutenant, after eighteen months of regular training at the Ghana Military Academy.

After the training, she served as a Platoon Commander at the 2nd Battalion of Infantry in 1980 for her regimental training.

In 1995, she was appointed the Second in Command of the Ghana Armed Forces Pay Regiment, and in 1999, the Commanding Officer, all, which she became the first female in the Armed Forces to occupy.

In 2013, she became the first woman to be appointed Deputy Military Adviser (DMILAD) at the Permanent Mission of Ghana to the UN, New York till 2016.

Whilst serving as DMILAD, she was promoted in March 2016 to the rank of Brigadier-General, becoming the first female to be ever promoted as a General in the Ghana Armed Forces.

She also served as the Ghana Armed Forces Representative to the Controller and Accountant General’s Department. Brigadier General Edjeani-Afenu also participated in UN peacekeeping operations as the GhanaBatts (Ghana Battalion) in UNIFIL (1994 & 1998); MONUSCO (2007) and UNMIL (2009).