Security operatives have arrested a 25-year-old suspect over multiple fear-mongering posts on social media that could destabilise the financial sector.

Seth Osei Asiedu,  popularly known as Kweku Rafik, was arrested at dawn at his hideout in Amasaman in the Ga West Municipal District of the Greater Accra Region.

Preliminary investigations revealed that the petty trader works with social media troll factories such as those put together by political parties for propaganda purposes.

He is currently in the custody of security operatives as investigations proceed.

Critical scrutiny of his social media activities also showed his Twitter handle being trended by his fellow troll factory mates yielding several panic-causing posts such as the ones found below. 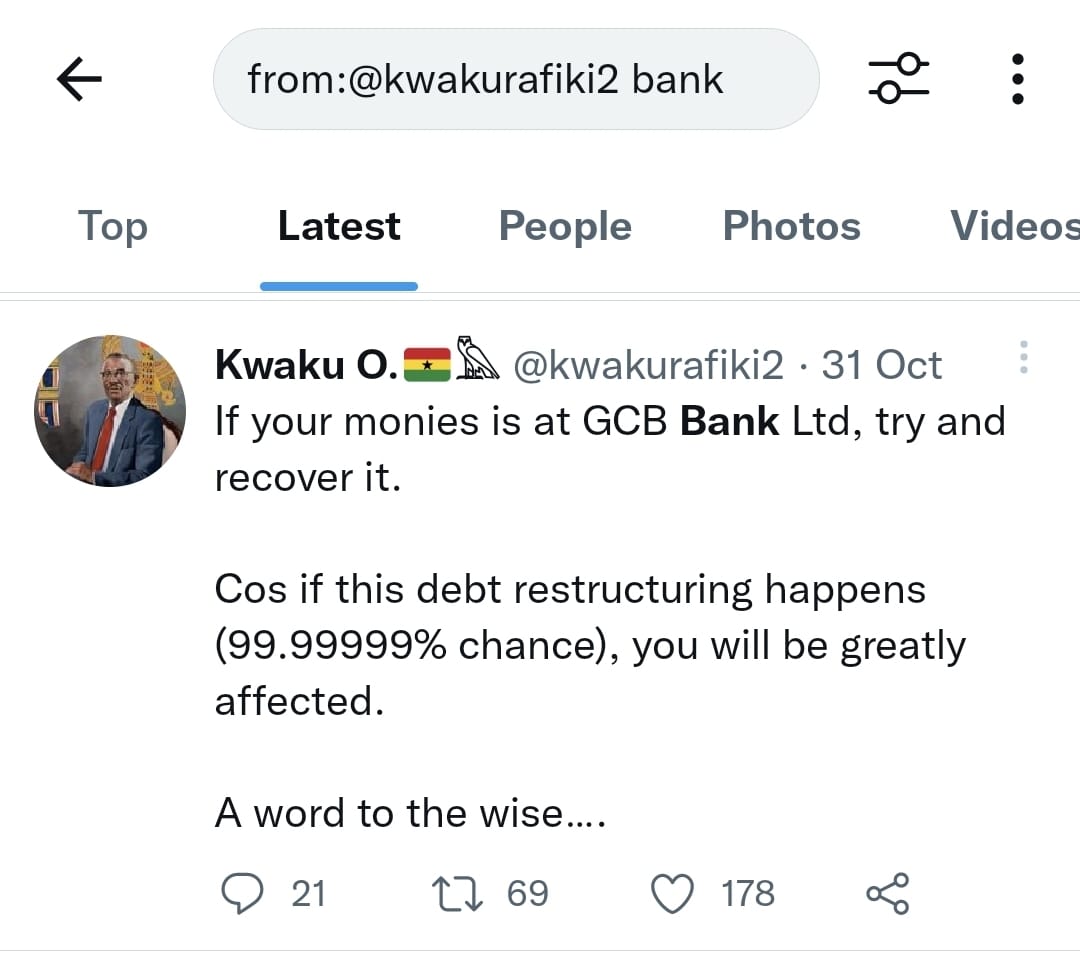 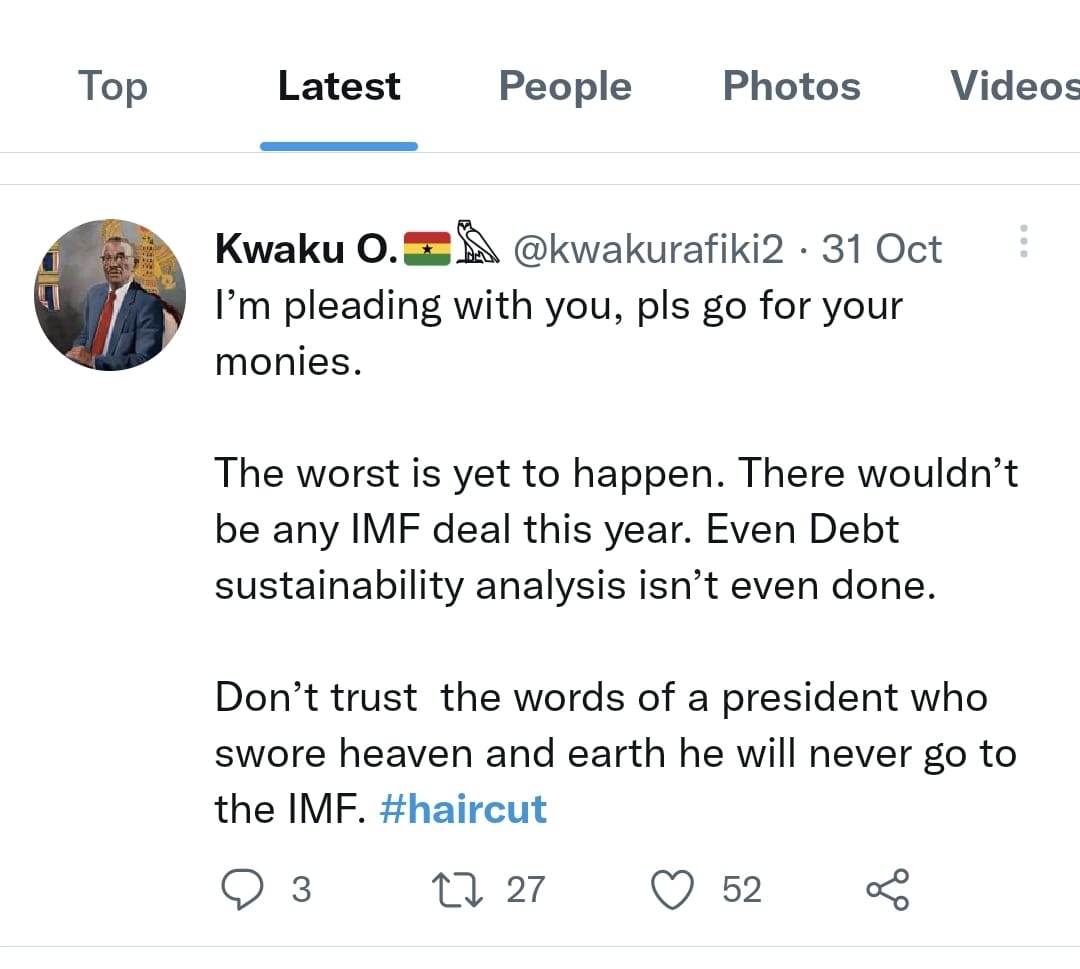 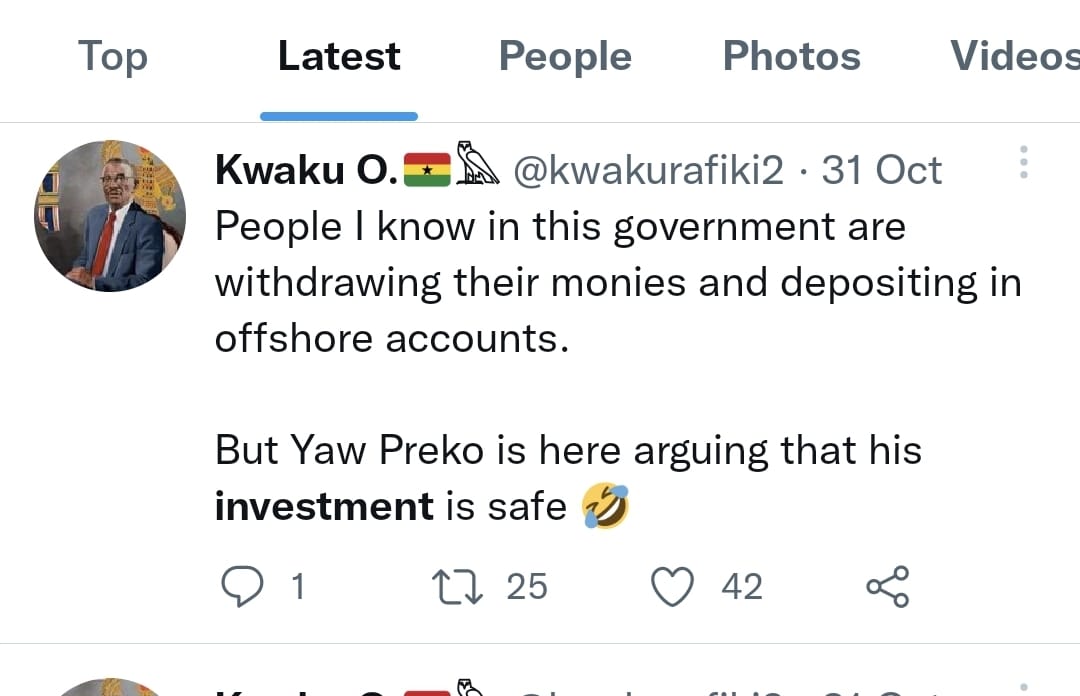 “Go for your savings and investments. The banking sector is about to collapse,” he posted in one Tweet.

In another post, he alleged: “People I know in this government are withdrawing their monies and depositing in offshore accounts. But Yaw Preko is here arguing that his investment is safe”. 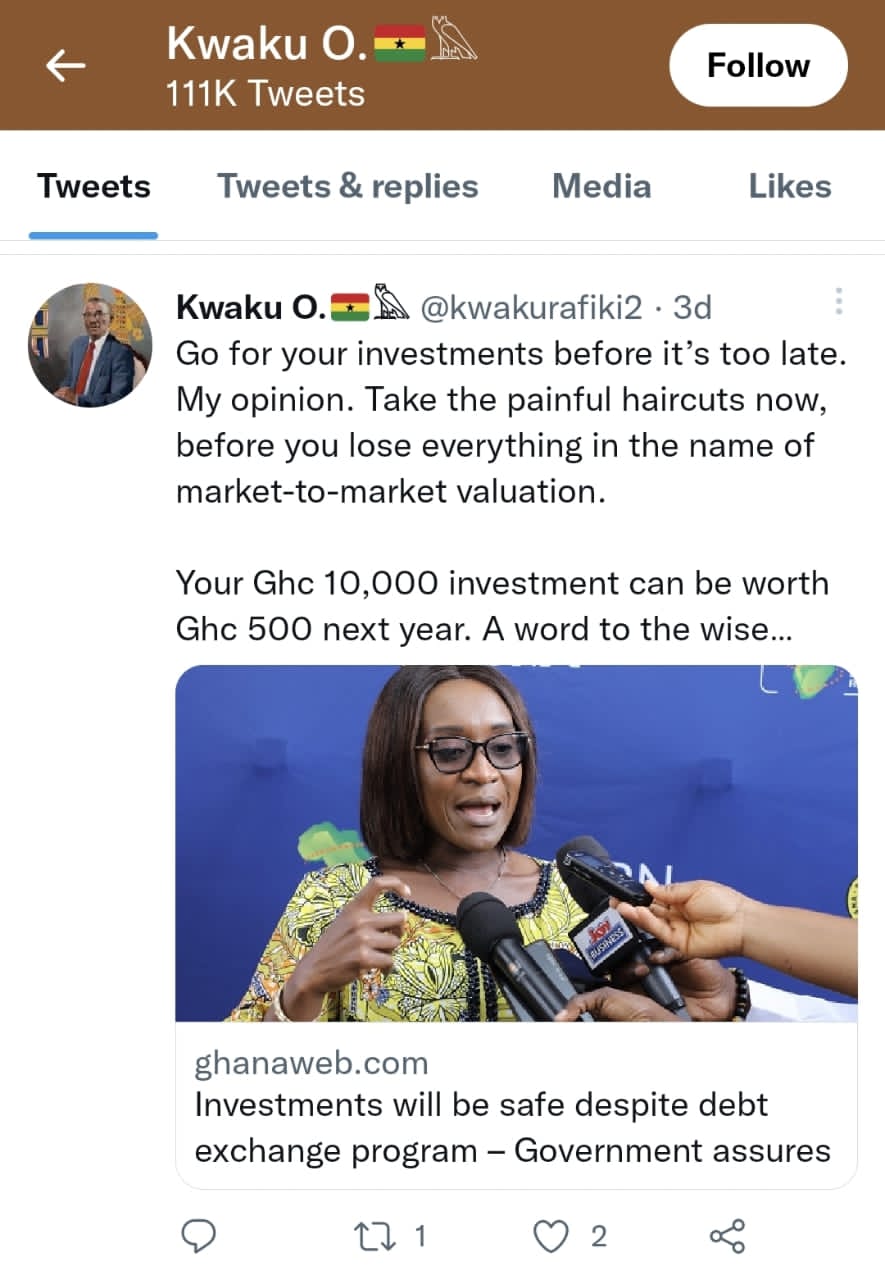 His comments are contrary to assurances by the Ministry of Finance (MoF), the Bank of Ghana (BoG) and the Securities and Exchange Commission (SEC) that investments in government securities were safe.

Deputy Finance Minister Abena Osei Asare had assured holders of Treasury Bills (T-bills) and government bonds that their principals will not be affected by a debt restructuring programme announced by Finance Minister Ken Ofori-Atta in the 2023 budget.

Addressing the media after the budget presentation, Ms Asare indicated that the principal of domestic bondholders would not be touched during the process.

According to her, “T-bills are out of the perimeter of the debt operations. It has been stated clearly”.

“At the end of the debt restructuring, the ministry will come out with structures and terms that will ensure that the market corrects itself so that a robust country is built,” she stated.