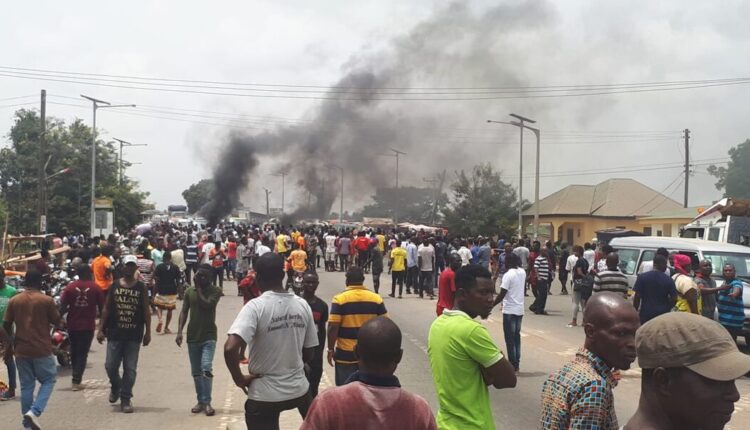 The Family of the Sogakope Assemblyman, Mawutor Adzahli, who was gruesomely murdered, has called for a fast-track prosecution of all suspects arrested for the crime.

Sister of the late assemblyman, Yayra Adzahli, who expressed her gratitude for the apprehension of the suspects, stressed on the need for the justice delivery system to run faster.

“We have been told that some persons have been arrested and all of that, but me as an individual, I have a mixed feeling because we will not see him [Mawutor] again.

“On the other hand, I think when the case is solved, it will bring some form of closure for the family. We have heard of armed robbery where most victims are killed, but this kind of killing goes beyond armed robbery,” she said.

The family’s concerns come after a recent press briefing by the Director-General of the Criminal Investigation Department, COP Isaac Ken Yeboah, which said the prime suspect and his accomplices are in the grips of the police.

What Commissioner of Police (COP) Isaac Yeboah said on Monday

The Leader of the gang, Richard Agikyere, alias Wofa has been arrested.

The two main accomplices; Stephen Aziboro and Emmanuel Aduro, who were part of the crime, have also been arrested.

The others; Christian Zetovi, Michael Sam and Obed Ahulo are all in custody in connection with the murder of the former Assemblyman.

COP Yeboah said all the suspects have admitted to being part of the crime.

The Assemblyman for Sogakope South, Marcus Mawutor Adzahli was shot and killed by suspected robbers at his residence on the dawn of Sunday, March 1, 2020.

Reports say the victim fought back the suspects, numbering eight.

Several calls by the victim to the police went unanswered as the robbers spent about 45 minutes trying to break into his house, reports noted.

According to eyewitnesses “they used cement blocks and broke down his bulletproof and burglary proof doors, entered his home, and shot him several times; dismembering his body in gory fashion and of course, killing him”.

Other reports suggest neighbours were awoken by the loud gunshots at his residence but were scared and defenceless in the circumstances.

One of the assailants was reportedly wearing a mask while the rest were bare-faced.

The wife and a child of the deceased were also injured and are currently at the emergency care at the Sogakope District Hospital.

On March 2, three people were reportedly injured after the police allegedly  ‘aimed’ their guns at angry protesters on the Sogakope road.

Bullets from armed police hit the three people in the leg, arm, and back.

This was after spontaneous protesters besieged the police station over the callous murder of an Assemblyman.

The residents demanded that the police produce the assemblyman’s killers in three days.

Mourning the murder of Marcus Mawutor Adzahli, they blocked the road, burnt tyres and raided the police station

YOU MAY ALSO READ: