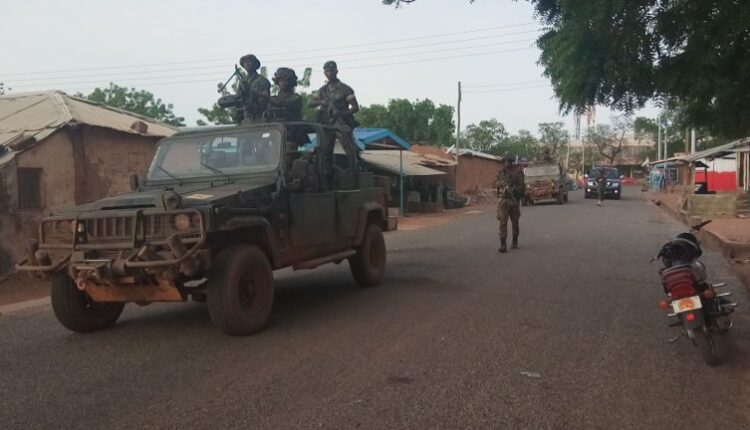 The Mankralo of the Obom traditional area, Nii Addo, has begged the Military High Command to tamper justice with mercy after armed soldiers stormed the area following residents assault on two uniformed men.

Residents of Dome Faase brutally assaulted two soldiers who were allegedly guarding a disputed parcel of land in the area.

They inflicted machete wounds on them, tore their uniforms, and set ablaze some vehicles belonging to the military on Tuesday, August 25. 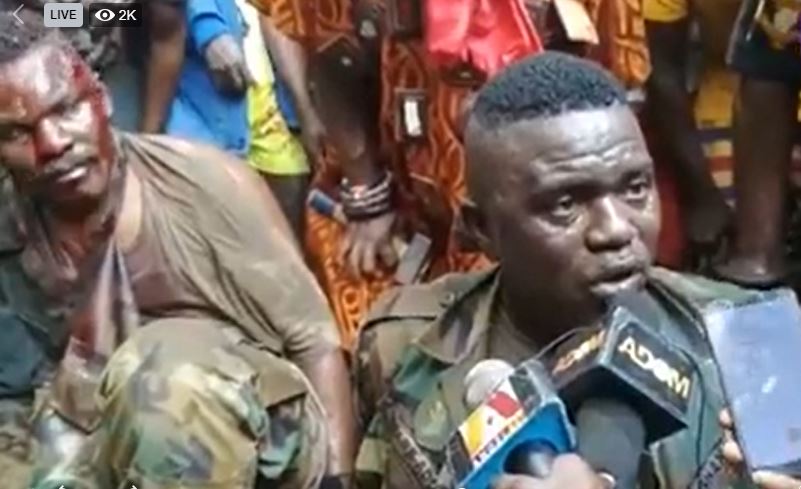 At least 300 armed military personnel and two helicopters were dispatched to the area after the incident.

The residents, mostly the youth, fled the town to seek cover elsewhere over fears of possible reprisal.

Speaking on Accra-based Peace FM, the Chief, Nii Addo, begged the Military High Command and the Chief of Defence Staff to tamper justice with mercy.

“We shouldn’t have burnt vehicles belonging to the military. We shouldn’t have assaulted the soldiers. We could’ve dealt with the issue in a better way rather than violence. I don’t endorse the actions of the youth in my area.

“But I’m on my knees begging for forgiveness. Please forgive us,” he said in a sober tone while speaking Twi, a local Ghanaian language. 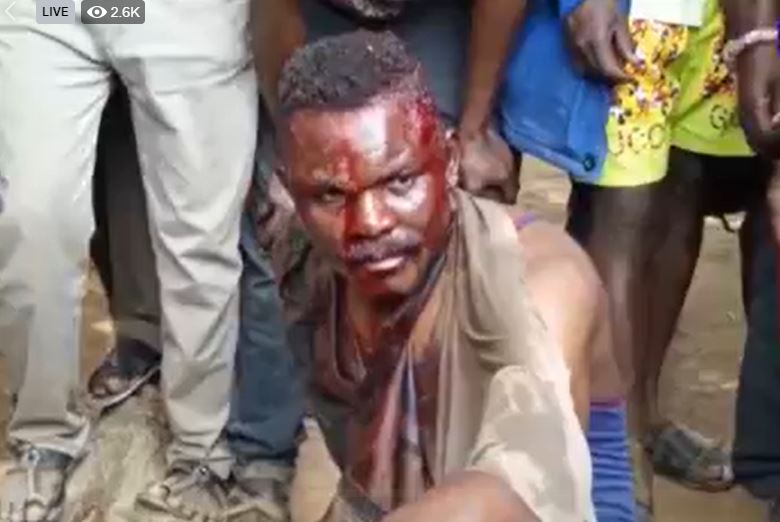 He revealed that the entire Dome Faase township had been deserted.

Nii Addo said almost all the residents, including himself, had escaped to other parts of the country for fear of their lives.

“It is very true, many people have absconded. Even I am in hiding. You can’t find me if you look for me. I’m afraid of the military. They don’t know if you’re a child or an adult. We can only appeal to President Akufo-Addo to intervene.”

Responding to reports that the military was in the area to retrieve two guns which the residents seized from the assaulted soldiers, the Chief expressed his readiness to come out of his hiding place and assist the search for the ammunition only if he will be given protection.

“I’m the one who can call a few Chiefs and mobilise the search for the ammunition. But here I am, hiding in the bushes, somewhere. I’ve appealed to the MCE to talk to the military to provide me with security and assurance that they will protect me when I come out. I’ll do all within my means to help find the guns if they give me this assurance,” he said.

At least, 50 residents have been arrested in a swoop by the military in the aftermath of the assault.

Meanwhile, Deputy Minister of Defence, Major (RTD) Derek Oduro has refuted claims that the assaulted soldiers were guarding the parcel of land on their volition.

According to him, the two were there on official duties.