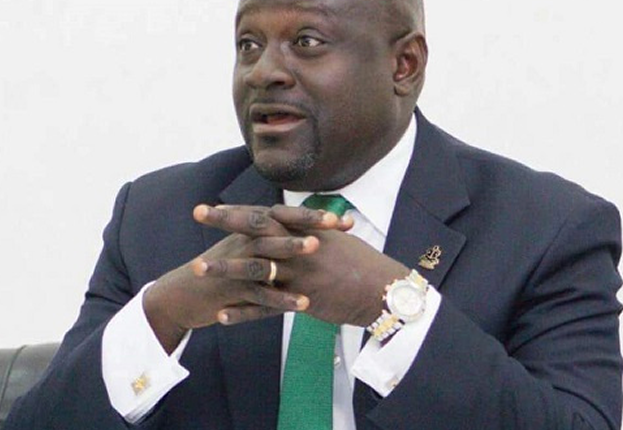 ‘If free SHS is for everyone then why not GETFund scholarship?’ – NPP MP defends scandal

NPP MP Dr Mark Assibey-Yeboah has defended the disbursement of GETFund scholarships to cronies and the politically connected, insisting they are also Ghanaians.

Dr. Mark Assibey-Yeboah who is the chairman of the Finance Committee of Parliament said politicians also pay taxes to the state and should also enjoy GETFund scholarships.

For him, the scholarships should be open to all and not only the needy and underprivileged students.

“So, should the scholarships be the preserve of some Ghanaians? Are they more Ghanaian than me? Do they pay more taxes than me?” he questioned during an interview with Blessed Sogah on Class FM’s State of the Nation radio show, which aired on Wednesday.

He buttressed his point by citing the flagship Free Senior High School (SHS) programme, which does not discriminate against the rich or children of politicians.

He continued: “This whole scholarship thing, do you know that Free SHS is also a scholarship? Yes, that’s scholarship.”

“…you have somebody who claims they are needy, they are not paying taxes and then they should access this but I pay all manner of taxes, I shouldn’t be able to access it?”

His comments come in the wake of a troubling report by the Auditor-General, which chronicles the disbursement of scholarships to over 3,112 people from 2014 to 2018.

In a special list of 88 beneficiaries are “Members of Parliament, politicians, media practitioners, lecturers, heads of institutions and associates.”

Deputy Majority Leader Sarah Adwoa Safo and Education Minister Matthew Opoku Prempeh were some top legislators found to have enjoyed the scholarship despite the huge incentives they get from the government.

This sparked public uproar by a section of Ghanaians on social media who felt public officials were entitled to several benefits and did not have any business competing with the poor for scholarships.

The process for the disbursement of the scholarship has also been called into question by pressure group, the Economic Fighters League (Fighters), who are calling for the prosecution and incarceration of individuals involved in the wanton award of the GETFund scholarships to undeserving people.

However, the Member of Parliament (MP) for the New Juaben South Constituency disagrees.

In his opinion, the position held by the people condemning the MPs is “the same bogus argument that led us to have a free education in the northern part of the country”.

He explained that the NPP believes in interventions to help the masses resulting in the expansion of free education to cover the whole country and demographic background.

For him, the same principle should apply to the scholarships.