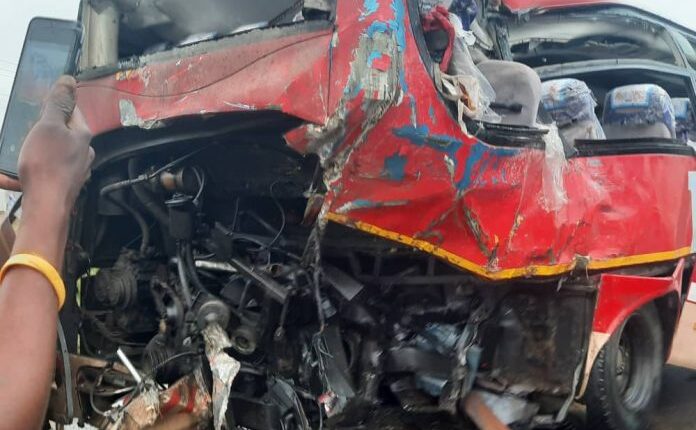 Some Hard Facts Pointing to Motor Accident Trends in Ghana

About 1,300 persons were killed in road traffic crashes between January and June 2022.

This represents a 10.59 per cent decrease in the number of persons killed by road crashes within the same period last year.

Additionally, 7,997 persons sustained various injuries through road accidents within the same period, a 2.3 per cent decrease in the numbers.

This was contained in provisional statistics on road safety from January to June 2022 released by the National Road Safety Authority (NRSA).

According to the statistics, the deaths and the injuries were as a result of 7,687 crashes that occurred across the country involving 13,248 vehicles.

Also, within the same period, 1,356 pedestrians were also knocked down by vehicles, representing a 7.7 per cent decrease in the number of cases.

On 13 May 2022, reports of the death of six school children, between ages four and 15, three of whom were siblings, agonized the public.

The Toyota Saloon car, with registration number GR 2392-22, which knocked them down, was said to have experienced a mechanical fault.

According to reports, those who died included the driver and the mate of the VIP bus.

A total of 13 males and three females lost their lives in this one.

One occupant of the Benz car who was rescued in a critical condition, was rushed to the LEKMA Hospital.

The driver of the Mercedez Benz vehicle reportedly ignored warning signals of an earlier accident on the road and ran into a 20 footer container that had fallen on the street.

Police were present at the scene to direct traffic. They were supervising the removal of the container from the road when the second accident occurred and resulted in the deaths of the three persons.

According to the police, the car burst a tyre, causing the driver, 35-year-old Eric Ohemang, to lose control.

According to eyewitnesses, the trailer driver failed to place any sign indicating that the truck had broken down.

The driver of the trotro and another occupant died on the spot.

The Ghana police and the Ambulance Service personnel were at the scene to rescue persons trapped in the wreckage.

Three innocent persons died while three others battled for their lives after they were knocked down by a car engaged in a racing competition at the 37 Lorry Station area in Accra. It was a Toyota Camry Salon car with registration number GR- 1708 -21 driving from the direction of the Accra’s Trade Fair site at La and heading towards the 37 Roundabout, which lost control and crashed.

Together with a Mercedes Benz saloon car, the drivers defied road regulations and engaged in a competition within the high-security military zone where the Burma Camp is also located.