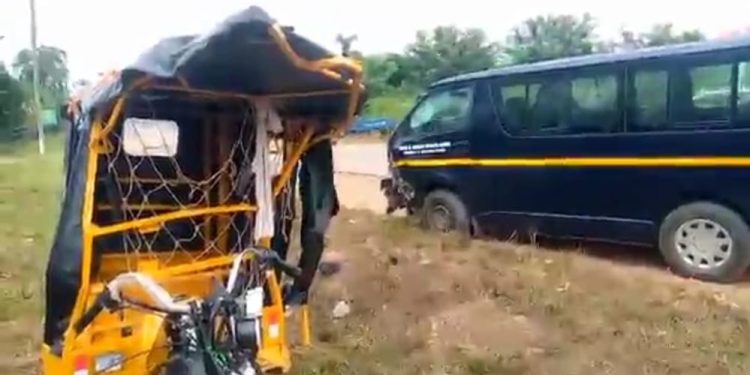 One person is feared dead after a vehicle belonging to the Ajumako campus of the University of Education, Winneba, crashed into a tricycle on the Ajumako-Techiman road in the Central Region.

The unfortunate accident also left seven others injured. The injured, including some children, are receiving treatment at the Winneba Trauma and Specialist Hospital.

Others have been transferred to the Cape Coast Teaching hospital for further treatment.

Meanwhile, residents have expressed worry over the increase in road crashes due to excessive speed and urged the police to intensify operations on the Ajumako-Techiman stretch.

According to the Motor Traffic and Transport Department (MTTD), a total of 1,443 persons lost their lives in road crashes between the period of January and July 2022.

Out of this figure, the police service received reports of 886 road crashes during that period.

Some 9,218 persons were also injured during the first seven months of 2022.

The driver of the Mercedez Benz vehicle reportedly ignored warning signals of an earlier accident on the road and ran into a 20-footer container that had fallen onto the street.